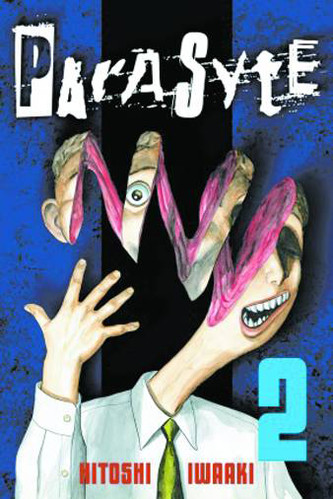 On Saturday, June 26th, Brigid Alverson, Robin Brenner, Martha Cornog, and I gave a presentation at the American Library Association’s annual conference called “The Best Manga You’re Not Reading.” The goal of our talk was to remind librarians about all the weird, wonderful, and diverse offerings for older teens and adults. Recommendations ran the gamut from Junko Mizuno’s Cinderalla (one of Martha’s picks) to ES: Eternal Sabbath (one of Brigid’s), with an emphasis placed on titles that are in-print and appealing to readers who self-identify as manga fans — and those who don’t. Below are my four picks, plus a “mulligan” (to borrow a term from Brigid). 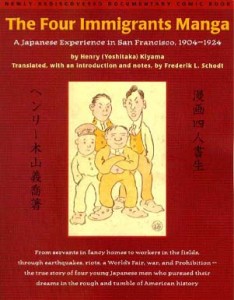 THE FOUR IMMIGRANTS MANGA: A JAPANESE EXPERIENCE IN SAN FRANCISCO, 1904 – 1924

In 1904, aspiring artist Henry Kiyama sailed from Japan to the United States in search of economic opportunity. After living in San Francisco for nearly twenty years, Kiyama documented his experiences in the form of 52 short comics. His memoir — one of the very first examples of a graphic novel — examines the racism and economic hardships that he and his friends encountered on a daily basis. Kiyama also addresses major events of the day, critiquing several Congressional acts designed to curtail Asian immigration, and remembering what it was like to live through the Great Earthquake of 1906, attend the Panama Pacific International Exposition of 1915, and survive the flu pandemic of 1918.

What makes these autobiographical comics truly extraordinary, however, was that they were originally published in 1931 in a bilingual edition right here in America. As Frederik Schodt explains in his introductory essay, Kiyama’s work was aimed at other first-generation immigrants who, like him, were caught between two worlds, trying to make sense of their place in both. The visual style and subject matter may not strike contemporary readers as manga-esque (Schodt notes the influence of American cartoonist George McManus on Kiyama), but the intimate quality of the stories will leave as lasting an impression as graphic memoirs such as Marjane Satrapi’s Persepolis and Alison Bechdel’s Fun Home. 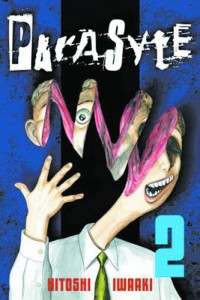 Imagine, if you can, a manga that combined elements of My Left Foot, Invasion of the Body Snatchers, and The Defiant Ones with the witty banter of a good buddy cop picture, and you have some idea of what Hitoshi Iwaaki’s Parasyte is all about. The story focuses on Shin, a high school student who wakes up one night to find a worm-like alien tunneling up his right arm towards his brain. In a moment of panic, Shin applies a tourniquet, arresting the creature’s progress but creating a brand-new problem in the process: the parasite takes up residence in his right hand, manifesting itself as a snail-like entity with googly eyes, a mouth, and the ability to transform itself into an astonishing array of shapes. Recognizing that their bodies are becoming interdependent, Shin and Migi (as he decides to call the parasite) agree to an uneasy truce. It isn’t long before other aliens are alert to Shin and Migi’s presence, forcing Shin and Migi to flee when it becomes apparent that the other parasites won’t tolerate their symbiotic existence. Shin and Migi can’t go to the human authorities, either, without risking imprisonment, quarantine, or worse.

Like a good B-movie, Parasyte uses elements of science fiction and horror to explore Big Questions about human nature while scaring the hell out of readers; the series is filled with nail-biting scenes of Shin and Migi trying to escape detection or fight other parasites. The violence is graphic but not sadistic; most of the action takes place between panels, with only the grisly aftermath represented in pictorial form. (Read: no torture scenes, no female characters being sexually assaulted before becoming an alien’s dinner.) The script is clever and funny, as Shin and Migi trade barbs with the antagonistic affection of Ernie and Bert, Oscar Madison and Felix Unger, or Detectives Mike Logan and Lenny Briscoe. Their relationship is one of Parasyte‘s greatest strengths, adding an element of novelty to a familiar story while deftly critiquing the idea that human beings’ intellect and emotional attachments place them squarely atop the food chain. 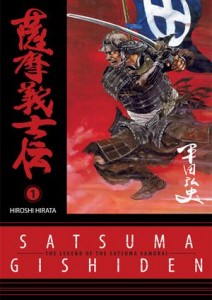 With its heady mix of social commentary, political intrigue, and battlefield action, Hiroshi Hirata’s Satsuma Gishiden reads like Kagemusha as told by Sam Peckinpah. Hirata dramatizes the plight of a powerful southern province that rebelled against the shogunate in the late eighteenth century (and would again, more famously, in the nineteenth). The story unfolds in a kaleidoscopic fashion, introducing us to the the sanpin and goshi, low-born samurai who eked out a living as farmers and laborers between military engagements; the daimyo, the leaders of Satsuma’s ruling Shimazu clan; and the administrators, spies, and chonin swept up in the violent conflict.

In the wrong hands, this material would be horribly dull; the initial showdown between Satsuma and shogunate stems from a public works project. (Makes you wonder: was Satsuma Gishiden the favorite manga of Robert Moses?) But Hirata successfully balances historical narrative and dramatic action. He explains the caste system and politics of the Edo period, the ritual of hiemontori, the concept of nise — even the type of water works found in eighteenth-century Japan — tossing in some jokey panels of winged ryo and money-grubbing donjon to illustrate the shogunate’s corruption. Some readers may find these passages didactic, but they provide an essential foundation for grasping nuances of plot and character. Lest the tone become too pedantic, Hirata liberally sprinkles the story with passages of bawdy humor and baroque violence. In one gruesomely funny scene, for example, a dying character uses his own broken rib to puncture an opponent’s skull. Top that, Mr. Peckinpah!

The chief attraction of Satsuma Gishiden, however, is its distinctive visuals. Hirata’s layouts evoke the films of mid-century masters such as Kurosawa, Kobayashi, and Ozu, blending cinematic realism with the rough-hewn aesthetic of woodblock prints. The characters, costumes, and horses are rendered in meticulous detail, yet the artwork is never static; through creative use of perspective, Hirata immerses the reader in vivid battle scenes, lively clan meetings, and ocean voyages. (Just a thought: Satsuma Gishiden would be awesome in 3-D. Maybe Dark Horse could repackage future editions with goggles to enhance the effect?) Recommended for samurai movie buffs, amateur Japanese historians, and readers who’ve exhausted the Kazuo Koike canon. (Originally reviewed at PopCultureShock on 2/16/07.) 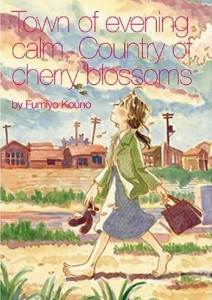 If Barefoot Gen shows readers what it was like to live through the Hiroshima bombing and its horrific aftermath, Town of Evening Calm, Country of Cherry Blossoms shows readers what it was like to live with the memories of that day ten, twenty, and forty years later. Fumiyo Kouno’s book is divided into two stories. The first, “Town of Evening Calm,” is set in 1955, and focuses on one young woman’s attempt to preserve the remnants of her family, while the second, “Country of Cherry Blossoms,” is set in the 1990s, and focuses on the strained relationship between a survivor and his adult daughter. Both stories are simply but beautifully illustrated, avoiding the kind of visual tropes (big eyes, tiny noses, super-cute deformations) that many Western readers find jarring when reading Serious Manga.

In the few panels alluding to the actual events of August 6, 1945, Kouno’s art becomes more primitive and stylized, suggesting the horrific effects of the blast by depicting the victims as stick figures with swollen faces. The child-like simplicity and directness of these images are startling yet effective, a powerful representation of the radiation’s devastating ability to rob its victims of their identities by destroying their hair, hands, and faces. These scenes are notable as well for the skillful way in which present and past co-exist within the same panels; we see the landscape as the survivors do, alive with vivid memories of the blast. None of these images are graphic, though they are an unsettling reminder of the characters’ deep emotional scars.

The book’s strong anti-war message is balanced by the story’s emphasis on quiet, everyday moments, preventing Town of Evening Calm, Country of Cherry Blossoms from succumbing to didacticism or sensationalism. Though Kouno did not grow up in Hiroshima, her meticulous research and careful reading of survivor memoirs lends her work a kind of emotional authenticity that a more dramatic story might have lacked. The result is a moving work that challenges readers to imagine how they might rebuild their lives in the aftermath of incomprehensible tragedy. (Reviewed at The Manga Critic on 1/4/10.) 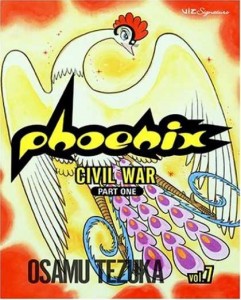 A quick glance through Phoenix: Civil War might not suggest that this is the stuff of high art. The characters bear an uncanny resemblance to the denizens of Popeye and jokey anachronisms abound. (Although the story ostensibly takes place in twelfth-century Japan, one character receives a telephone call and chows down on a bucket of KFC.) But flip to the back pages, where VIZ has included a brief statement from the manga-ka explaining the origins and meaning of Phoenix, and you’ll learn that Tezuka claimed Igor Stravinsky’s ballet The Firebird as the inspiration for Phoenix. Tezuka saw parallels between Stravinsky’s firebird and a similar creature from Japanese legend, Hou-ou. The phoenix, Tezuka decided, was a powerful symbol of “man’s attachment to life and the complications that arise from greed.” Using the phoenix as a touchstone, Tezuka constructed an elaborate, twelve-volume series exploring Japan’s historic past and possible future. He planned a final volume set in present-day Japan (“where past and future converge”), but passed away without completing his epic.

One of the best things about Phoenix is that readers can enjoy it as a series or a collection of stand-alone stories. Though I love Sun (the series’ epic, two-volume conclusion) and Karma (the fourth volume of the English edition), I think the two-volume Civil War (the seventh and eight volumes of the English edition) make the best introduction to Tezuka’s masterpiece. Civil War is set in Heian-era Kyoto, where several powerful families vie for control of the city. We experience the conflict through myriad perspectives: a lowly woodcutter and his fiancee, a ragtag band of samurai, an apolitical sage, and two powerful clan leaders, both of whom seek the phoenix in an effort to consolidate their political victories and perpetuate their bloodlines. The story may remind readers of The Hidden Fortress as it moves between epic battles and domestic drama, romance, and earthy comedy. While Tezuka isn’t above a little flatulence humor, he never condescends to his characters, using such lowbrow moments to demonstrate the common humanity of his entire cast. The character designs may be too cartoonish for some tastes, but Tezuka’s artwork is never short of spectacular; his imaginative layouts and flair for caricature are as distinctive as Igor Stravinsky’s brilliant orchestrations, churning rhythms, and pungent octatonic harmonies. (Originally reviewed at PopCultureShock on 10/26/06.)

Click here to read Brigid and Martha’s recommendations; click here to read Robin’s. Have a title you’d like to suggest? Let me know in the comments — we’re hoping to do this panel again at another convention, and would welcome your feedback.

28 thoughts on “The Best Manga You’re Not Reading”