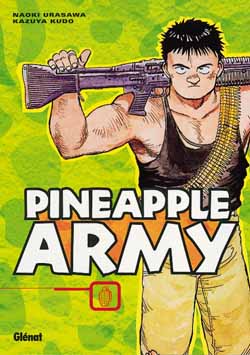 About two years ago, I reached a tipping point in my manga consumption: I’d read enough just enough stories about teen mediums, masterless samurai, yakuza hit men, pirates, ninjas, robots, and magical girls to feel like I’d exhausted just about everything worth reading in English. Then I bought the first volume of Taiyo Matsumoto’s No. 5. A sci-fi tale rendered in a stark, primitivist style, Matsumoto’s artwork reminded me of Paul Gauguin’s with its mixture of fine, naturalistic observation and abstraction. I couldn’t tell you what the series was about (and after reading the second volume, still can’t), but Matsumoto’s precise yet energetic line work and wild, imaginative landscapes filled with me the same giddy excitement I felt when I first discovered the art of Rumiko Takahashi, CLAMP, and Goseki Kojima.

In a rush of enthusiasm to see what else was out there, I began trawling eBay for forgotten treasures, using Jason Thompson’s Manga: The Complete Guide as my map. What I found were an eclectic assortment of titles released in a variety of formats: Katsuhiro Otomo’s Memories, Leiji Matsumoto’s Galaxy Express 999, Jiro Taniguchi’s Hotel Harbor View, Keiko Nishi’s Love Song. Some proved exciting, others abysmal, but all were interesting as artifacts of English-language manga’s pre-history, of the days before Fruits Basket and Naruto were ubiquitous in chain stores and malls. As I’ve been assembling a collection of older titles, I’ve found myself wondering why some of these books were originally licensed and whether there’s a place for them in the current market. To explore these questions, I decided to dedicate more space at my website to examining out-of-print titles, from the undiscovered gems to the unmitigated disasters.

For my inaugural Manga Artifacts column, I chose one of my happiest discoveries: Pineapple Army (VIZ), a collaboration between writer Kazuya Kudo (Mai the Psychic Girl) and artist Naoki Urasawa. Reading Pineapple Army is like opening a time capsule from the mid-1980s, when wars were Cold, American cities were crime-ridden, and Central America was as important a theater of operations as the Middle East. Jed Goshi, the reluctant hero of Pineapple Army, is an ex-Marine who hasn’t quite managed to re-integrate himself into civilian life after two tours of duty in ‘Nam. Goshi now works for a mysterious agency that helps people who can’t or won’t turn to the proper authorities for help. Though Goshi doggedly insists he’s an instructor, not a bodyguard — “I turn people into combat-ready soldiers in a short amount of time,” he informs one client — he always becomes embroiled in the action, rescuing an inexperienced fighter after a costly bungle or coaching a client out of a tight corner.

Pineapple Army is positively steeped in Reagan-era politics and paranoia. In “The Selva Game,” for example, Goshi runs afoul of the Sandinistas — remember that foreign policy fiasco? — while on a mission along the Honduran/Nicaraguan border, while “The Man From the Past” chronicles his experiences in Zaire, where he tried to teach US-backed troops to resist Communist guerillas. Other stories portray New York City as a kind of urban selva, filled with unscrupulous law enforcement officials, gangsters, and vigilantes; anyone who’s read Banana Fish will immediately recognize the milieu. These stories have the same ripped-from-the-headlines quality of the very earliest Law & Order episodes, borrowing elements of well-known criminal cases and putting a fictional spin on them: “The False Hero,” for example, pits a young female detective against a Curtis Sliwa-esque figure who treats the IRT as his own fiefdom, while “Goshi: The Preceptor” culminates in a showdown between a corrupt cop’s family and the gangster he swindled.

The artwork, like the stories, dates Pineapple Army to the decade of big hair and hair metal. Naoki Urasawa’s style was heavily influenced by Katsuhiro Otomo’s; the characters have the kind of well-fed look — stubby bodies, round faces, sturdy limbs — that Otomo popularized in the 1980s with AKIRA and Domu: A Child’s Dream. A few villains’ faces hint at the distinctive character designs that Urasawa would cultivate in later hits Master Keaton and Monster, but an unpracticed eye might reasonably attribute Pineapple Army to any number of competent artists. Urasawa’s trademark attention to detail, however, is evident throughout the series; he meticulously establishes the setting for each story, whether it’s an overgrown Mayan ruin, a Honduran hacienda, the grubby subway platforms of the IRT, or The Limelight, a church-cum-nightclub that was a Sixth Avenue fixture throughout the 1980s and 1990s.

The original series, which ran in Shogakukan’s Big Comic Original from 1986-88, was collected in several different tankubon editions in Japan, each comprised of about 1,000 pages of material. For the US edition, VIZ cherry-picked ten stories, releasing them first as 32-page floppies, then as a single trade paperback. Though each story works reasonably well as a self-contained adventure, Pineapple Army suffers from some of the same continuity problems as Oishinbo, another longer series that was pared down and repackaged for Western readers. Two of the stories, for example, feature another agent named Janet, who spends most of her time trying to buttonhole Goshi for a date. We never learn much about her or how she knows Goshi, though it’s obvious the pair have some kind of history, perhaps related to their line of work. There’s also a reporter who trails Goshi from Africa to the US, hell-bent on exposing Goshi as a murderer; from their pulpy, melodramatic exchanges, one might infer they have a Jean Valjean-Inspector Javert relationship, but the VIZ edition doesn’t even bother to give the reporter a name. (No, really: Goshi and Janet both refer to him as “Mr. Reporter.”) Such small narrative hiccups are irritating but hardly fatal; the stories and crackling dialogue are strong enough to carry the reader past such interruptions.

Would VIZ ever re-issue Pineapple Army, perhaps in its entirety? I’m tempted to say no, as the artwork would strike most manga fans as passe. Urasawa’s tracings and screentone application sometimes look crude by contemporary standards, and his unfortunate tendency to draw black characters with thick, light-colored lips might necessitate revisions for a new American edition. (In Urasawa’s defense, the characters are not drawn in the grossly exaggerated style that Osamu Tezuka or Shotaro Ishinomori used in Swallowing the Earth or Cyborg 009, respectively, but for many American readers, a long history of nasty racial caricatures makes it difficult to excuse the practice.) Then, too, the stories have the same rhythm and sensibility of a 1980s TV show; one could be forgiven for comparing Pineapple Army with such period gems as The Equalizer, both for Pineapple Army‘s dogged adherence to formula and its deep suspicion of authority.

Yet it’s easy to overlook Pineapple Army‘s flaws, thanks to the strong script and dynamic layouts. Kudo and Urasawa create tough, memorable female characters; dream up creative ways to integrate current events into the storylines; and stage the kind of action scenes that were de rigeur on The A-Team and MacGuyver, complete with car chases, gun battles, and jerry-rigged explosive devices. The stories may be as predictable as taxes, but they’re still entertaining, especially for those of us with vivid memories of “Frankie Says Relax!” t-shirts and Bernhard Goetz’s subway vigilantism.

NOTE TO THE INTREPID BUYER

The comics are much easier to find than the trade paperback, and generally cheaper to boot; I picked up all ten issues for about $9 on eBay. Scanning the web, I’ve found almost no copies of the TPB available, although a few Amazon sellers appear to be offering it for non-usurious prices. French and Spanish speakers, see below for more information about European editions of Pineapple Army. (Hat tip to reader Althalus for information about both series’ availability.)