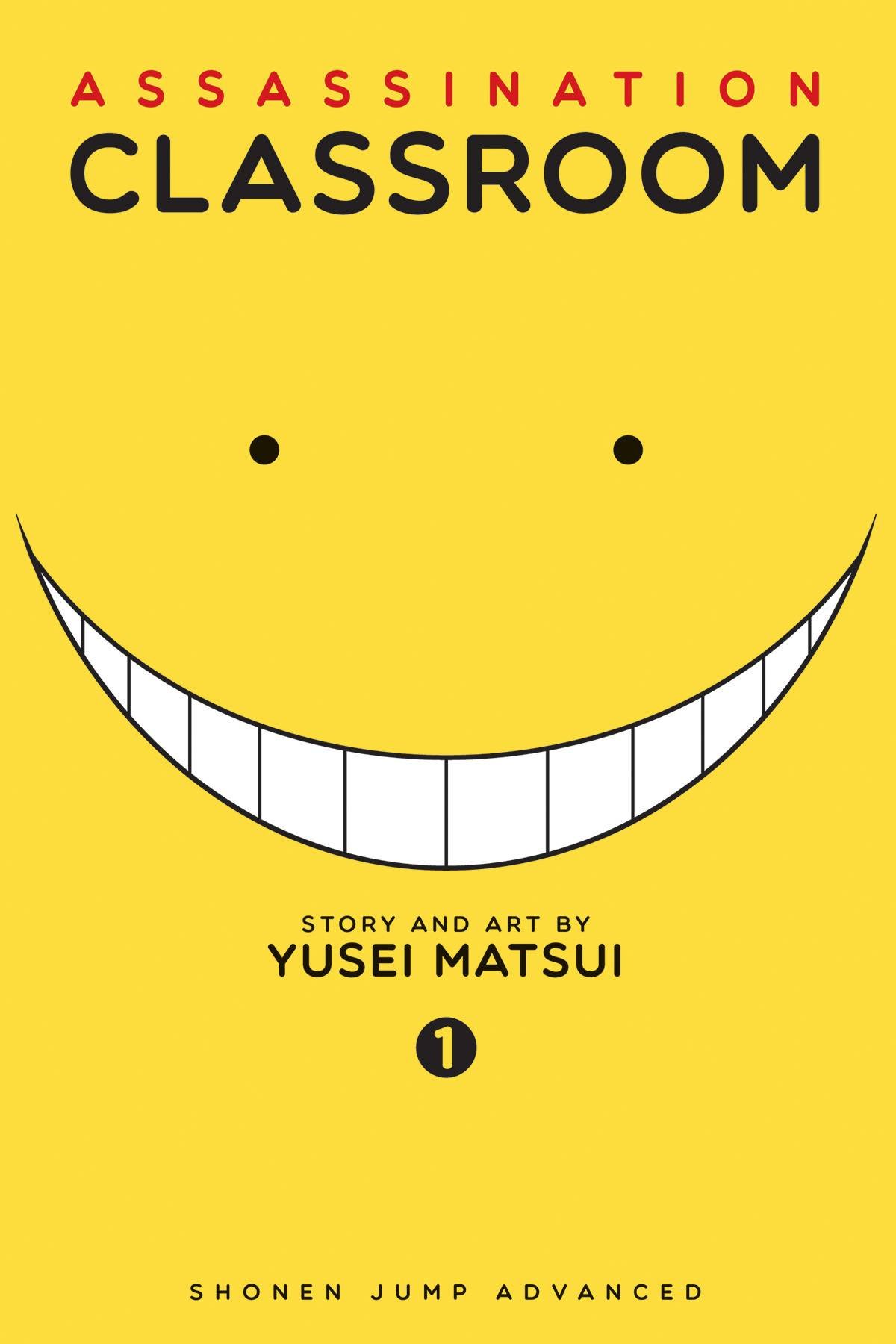 Americans steadfastly believe that all students need to succeed are a few good teachers—think of how many movies you’ve seen about an unorthodox educator who helps a group of misfits, losers, or underachievers realize their full potential against all odds. Perhaps that’s why American publishers hesitated before licensing Assassination Classroom, a comedy that outwardly conforms to the tenets of the genre while poking fun at its hoariest cliches.

Assassination Classroom‘s star teacher is Koro-sensei, a super-powered alien who can wipe out an army with a swish of a tentacle. His students are class 3-E, the troublemakers and flunkies of Kunugigaoka Junior High School. Instead of studying calculus or Shakespeare, however, Koro-sensei’s charges are learning how to kill him and save Earth in the process—in other words, it’s To Sir With Lethal Force.

If the script isn’t quite as edgy as my summary suggests, Assassination Classroom scores points for the sheer ridiculousness of the premise. Koro-sensei’s relentless enthusiasm and high standards match those of other fictional educators—Michelle Pfeiffer in Dangerous Minds, Robin Williams in Dead Poets Society—but are applied to such activities as shooting and stabbing. He gives the same kind of inspirational speeches that you’d find in those movies, too, reminding his charges that he specifically requested the job because he knows the students’ true potential.

In one scene, for example, timid student Okuda presents Koro-sensei with three deadly potions, imploring him to sample them. “I’m not good at surprise attacks!” she tells him. “But I love chemistry! And I really put my heart and soul into this!” Koro-sensei cheerfully obliges, offering to help Okuda “research a poison that can kill me.” When Okuda proves more skillful at mixing chemicals than persuading her target to drink them, Koro-sensei reminds her that “in order to kill someone, you need to understand how they feel,” skills that she can cultivate through—what else?—reading and writing.

The exchange between Okuda and Koro-sensei is complemented by some of the best visual gags in volume one. One of the poisons, for example, neutralizes Koro-sensei’s Cheshire grin into a flat line, prompting a student to exclaim, “You look like an emoticon!” Although Koro-sensei’s face is the essence of simplicity—a circle with pin-dot eyes and a toothy smile—this subtle tweak of his appearance yields a big pay-off laugh-wise.

At the same time, however, the poison episode illustrates Assassination Classroom‘s biggest flaw: Yusei Matsui wants to have his cake and eat it, too, soft-pedaling the humor with an uplifting, awwww-worthy moment in almost every chapter. Students unironically vow to do their best after Koro-sensei points out the flaws in their technique, saves them from harm, or gives them a pep talk. None of the students harbor a grudge against him—at least not for very long—or question the value of Koro-sensei’s lessons. (Makes you wonder: is Koro-sensei guilty of grade inflation?)

Still, I enjoyed volume one enough to continue with the series, even if Matsui’s efforts to express the Shonen Jump dictum of “friendship, effort, victory” sometimes blunt the edge of his satire.

This review originally appeared at MangaBlog on December 18, 2014.