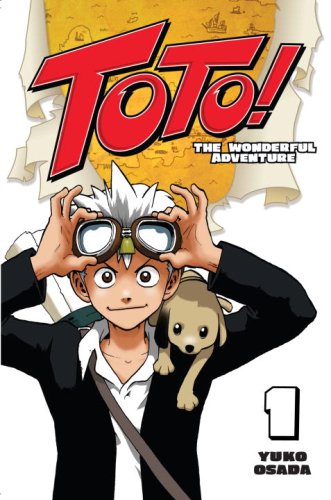 If you’ve ever been to Canal Street in New York City — the Counterfeit Capital of North America — you know that there are two types of goods for sale there. The first are inept knock-offs: the “Cooch” purse with plastic handles, the “Rollex” with cubic zirconia insets and a flimsy metal band. The second are just as fake as the first, but are executed with enough panache that style-conscious women get a secret thrill in owning them: the plastic “Birkin” bag that looks like the real thing but costs $30, the canvas “Louis Vuitton” wallet that comes in prettier colors than the original.

The same principles apply to manga as well: there are series which shamelessly imitate a best-selling title like Dragonball or InuYasha, rehearsing the same plot without capturing the original’s charm, and there are copycats which bear a strong resemblance to the original but nonetheless work well on their own terms. Toto! The Wonderful Adventure falls into the latter category, a good-natured rip-off of One Piece and Rave Master that accomplishes in five volumes what many shonen series need twenty or thirty to pull off.

As one might guess from the title, Yuko Osada dresses up his swashbuckling treasure hunt with frequent allusions to Frank L. Baum’s The Wonderful Wizard of Oz. The hero, Kakashi (literally, “scarecrow”), is an orphan who dreams of leaving his small island home for grand adventures, but lacks the brains to realize his ambition. When a zeppelin makes an unscheduled stop on the island, he stows away, thus beginning an odyssey that loosely mirrors the plot of Baum’s novel. Kakashi finds a puppy in the ship’s cargo hold, then meets a feisty teen named Dorothy who attends St. Kansas Academy, practices “tornado” senjutsu (a martial art involving spinning kicks), and plans to visit Emerald City. As Kakashi and Dorothy follow the Yellow Brick Road — here played by an old railway line — they acquire traveling companions, each modeled on one of Baum’s iconic characters: Noil, a kind but cowardly soldier who aspires to be a comedian; Dam, a big, blustering army officer with a metal arm; and Paisley, the Northern Investigator for the W.I.T.C.H. organization. 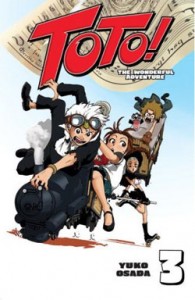 Central to the story is the relationship between Kakashi and Toto, the puppy he rescues in volume one. Though Toto initially appears benign, he has a big secret: his collar grants him the kind of amazing, destructive powers that make him of special interest to the military. It doesn’t take long before Kakashi and Dorothy find the Western army bearing down on them, anxious to reclaim their lost weapon.

Though the story’s Oz jokes add novelty value, Toto! barks like a typical wacky shonen adventure, with lengthy set-pieces that follow the same basic formula: Kakashi et al. arrive in a town, befriend one of the locals, and narrowly evade capture by the army. Some of these story arcs are genuinely delightful; in volumes two and three, for example, Kakashi and Dorothy stumble into the once-glorious Dego City, a former railroad hub that’s been stripped bare by the Imperial Army in its never-ending quest for scrap metal. The heroes’ getaway is executed with a perfect mixture of suspense and humor, culminating in a scene that Miyazaki would be proud to include in one of his films. Other storylines feel more labored. In volumes four and five, for example, Kakashi and friends get swept up in a feud between rival gangs: Alice and the Wonder Family in one camp, the Uchiyaka (literally, “rabbit gun”) in the other. Osada piles on the Lewis Carroll references, double- and triple-crosses, and crazy shoot-outs, but the frenzied pace and frequent jump cuts render these chapters almost incoherent.

At times, Osada’s dogged capitulation to shonen formula invites not-so-flattering comparisons between Toto! and more popular series. He populates his story with a dim but determined hero (with a dead explorer father, no less), a feisty female sidekick, a comic-relief character with an outsized Afro, and a posse of villains-turned-allies — in this case, a group of sky pirates called the Man Chicken Family. Osada even provides a complex mythology to explain Toto’s power — something involving twelve directions and twelve “accessories” — that feels like a complete afterthought, an editor’s attempt to make Toto! behave more like One Piece or Rave Master.

Yet for all Kakashi’s earnest declarations about “family” and “adventure,” and all the wacky villains, epic battles, and amazing artifacts pilfered from One Piece and Rave Master, Toto! has undeniable charm. The characters have great rapport, for one thing; though their interactions follow the standard shonen model of friendly antagonism, their obvious loyalty to and affection for one another is contagious. The girls are on equal footing with the boys, for another; Dorothy and Paisley prove stalwart and resourceful, getting significant butt-kicking turns in the spotlight. The art is terrific, too; Osada’s crisp linework and vivid caricatures evoke Eiichiro Oda and Hiro Mashima’s styles without feeling slavishly derivative of either.

Best of all, Toto! is brief. By the time the series concludes, Kakashi has realized his life’s greatest goal: to see the world with friends. It’s not clear whether volume five was intended to be the final installment, or if the editors at Weekly Shonen Magazine canceled it prematurely; either way, Toto! The Wonderful Adventure is proof that a hero’s journey from ignorance to enlightenment needn’t take fifty volumes to convincingly achieve. 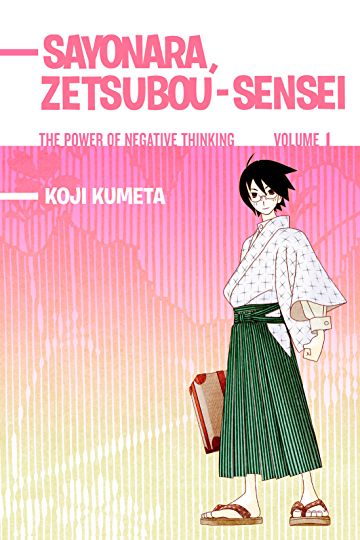