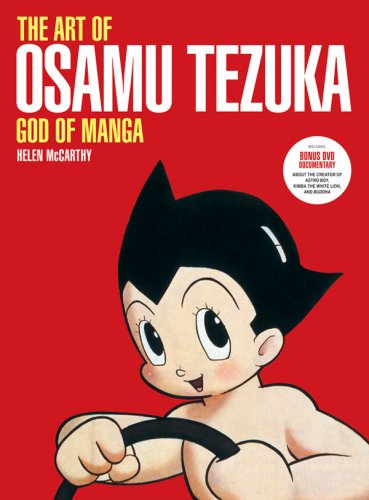 In the introduction to The Art of Osamu Tezuka: God of Manga, author Helen McCarthy argues that Tezuka’s work merits scholarly attention, but also deserves a more accessible treatment as well, one that acknowledges that Tezuka “was first and foremost a maker of popular entertainment.” Her desire to bring Tezuka’s work to a wider audience of anime and manga fans is reflected in every aspect of the book’s execution, from its organization — she divides her chapters into short, one-to-three page subsections, each generously illustrated with full-color plates — to its coffee-table book packaging.

As one might expect from such an ambitious undertaking, the results are a little uneven. The strongest chapters focus on the unique aspects of Tezuka’s work, exploring a variety of creative issues in straightforward, jargon-free language. McCarthy provides a helpful overview of Tezuka’s “star system” (a.k.a. recurring figures such as Acetylene Lamp and Zephyrus) and traces the evolution of his storytelling technique through dozens of series, debunking the notion that he “invented” cinematic comics while carefully spelling out what was innovative about his manga. McCarthy also makes a persuasive case for Astro Boy as one of the most important works in the Tezuka canon, the series that most clearly anticipated his mature style.

As a biography, however, The Art of Osamu Tezuka offers little insight into Tezuka’s personality beyond his relentless perfectionism and strong work ethic. McCarthy’s attempts to situate Tezuka’s work within the context of his life and times feel glib — a pity, as she makes some thought-provoking observations about Tezuka’s recurring use of certain motifs — especially androgyny, childhood, and disguise — that beg further elucidation.

That said, The Art of Osamu Tezuka largely succeeds in its mission to educate fans about Tezuka’s work process and artistic legacy, clarifying his place in Japanese popular culture, exploring his animated oeuvre, and introducing readers to dozens of untranslated — and sometimes obscure — series. A worthwhile addition to any serious manga reader’s library. 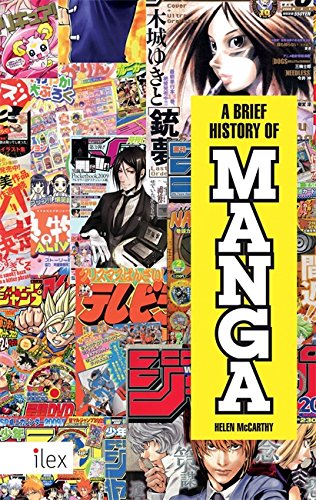 6 thoughts on “The Art of Osamu Tezuka”