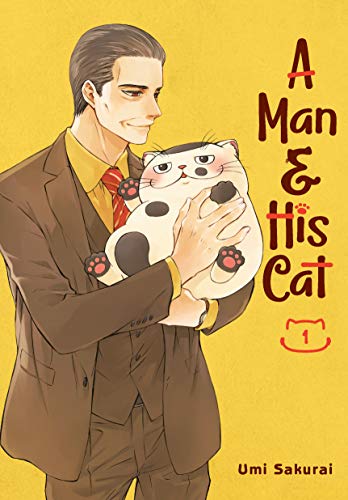 In the spirit of full transparency, you should know that I’m a cat owner and animal sap, both of which make it impossible for me to offer an objective assessment of A Man & His Cat. As someone who’s suffered a lifetime of embarrassment over my tendency to cry at movies and books about animals—even ones with happy outcomes—I realize that that my reaction to this manga may not, in fact, be warranted by the quality of the storytelling or artwork. I should also probably tell you that I’m almost 50, so I’m hungry for stories about people old enough to have a few grey hairs and wrinkles.

Reader, I loved it.

There’s no real plot to speak of; the most dramatic event unfolds in the opening pages, when Fukumaru, a grumpy-faced cat, is adopted from the pet store where he’s spent a lonely year waiting for an owner. His knight in shining armor is Mr. Kanda, a middle-aged music teacher and empty nester who exudes an aura of sadness, despite his outward compsure. Though Fukumaru frets that Kanda might suffer buyer’s remorse, Kanda is thoroughly smitten with Fukumaru, throwing himself into cat ownership with abandon, buying toys and collars, and taking selfies with Fukumaru. If that sounds uneventful, it is; the story stops dead in its tracks every time Kanda is away from home interacting with other human characters, none of whom are as well developed as Fukumaru.

The scenes with Fukumaru, by contrast, are engineered to elicit a strong, uncomplicated emotional response from the reader; Umi Sakurai doesn’t pluck or tug at the heartstrings so much as tear and rend them, giving Fukumaru a running interior monologue about his fears and hopes. (Also: his love of boxes.) And if seeing a cat worry about being returned to the pet store isn’t enough to make your lip tremble even a little, Fukumaru’s speech is peppered with feline-specific pronouns that underscore his plight in a shamelessly sentimental fashion: who but the most jaded reader could laugh at a chubby cat who worries that he might “go meowy whole life without a name?” 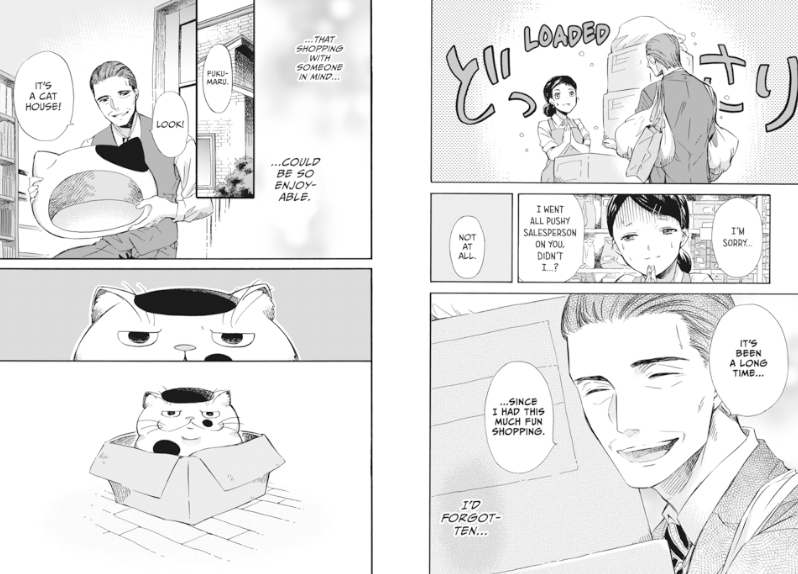 Fukumaru’s vulnerability is further amplified by Sakurai’s depiction of him as round and awkwardly proportioned, with an enormous face and stumpy legs. (One character helpfully describes him as “ugly-cute.”) Though Fukumaru’s penchant for tearing up is chalked up to his breed—the pet shop labels him a “short-haired exotic”—almost every kind gesture, separation, reunion, and potential setback makes Fukumaru’s eyes glisten with great, beady tears. Kanda, on the other hand, is drawn in a somewhat stiff, bland fashion with a few perfunctory laugh lines to suggest his age. The contrast between Fukumaru—who looks like the kind of off-brand stuffed animal you might win at a carnival—and his slim, be-suited owner is an interesting artistic choice, as it makes it easier for the reader to understand why Fukumaru initially feels such trepidation about Kanda. (It’s also a pretty amusing visual gag, too.)

By now, reader, you’re probably wondering, but would I like it? That’s a question I can’t really answer, since this manga’s wholesome sentimentality appealed to me against my better judgment. But if there’s a cat in your lap as you read this review, or you share your house with a pet you rescued from a shelter, I think you might appreciate the warm dynamic between Kanda and Fukumaru, as watching these two wounded souls revel in each other’s company is a genuinely heartwarming experience. Recommended. 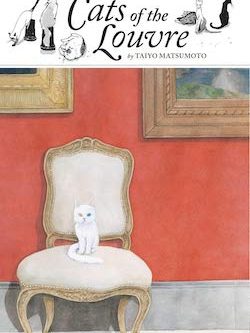 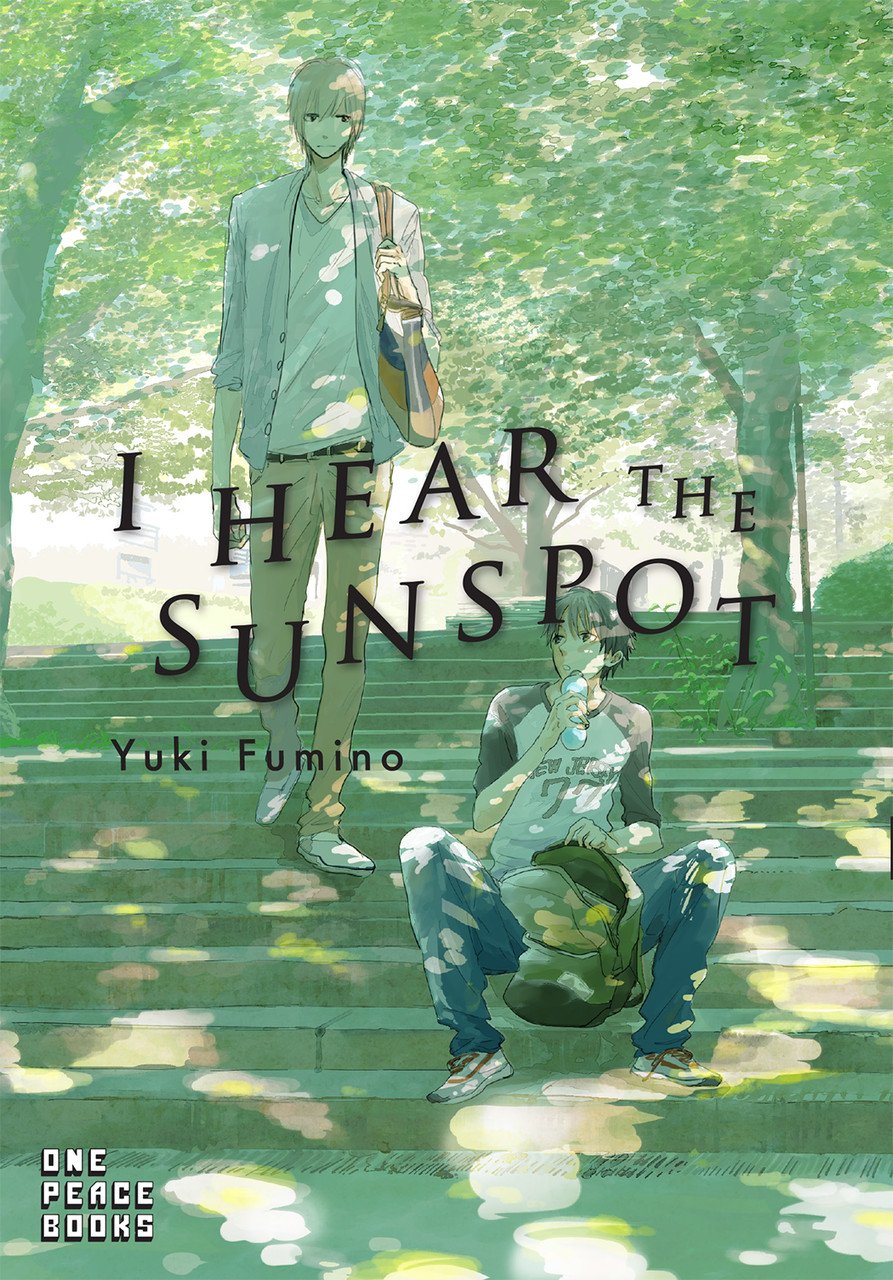 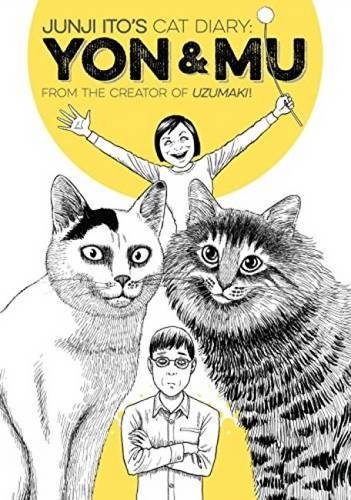