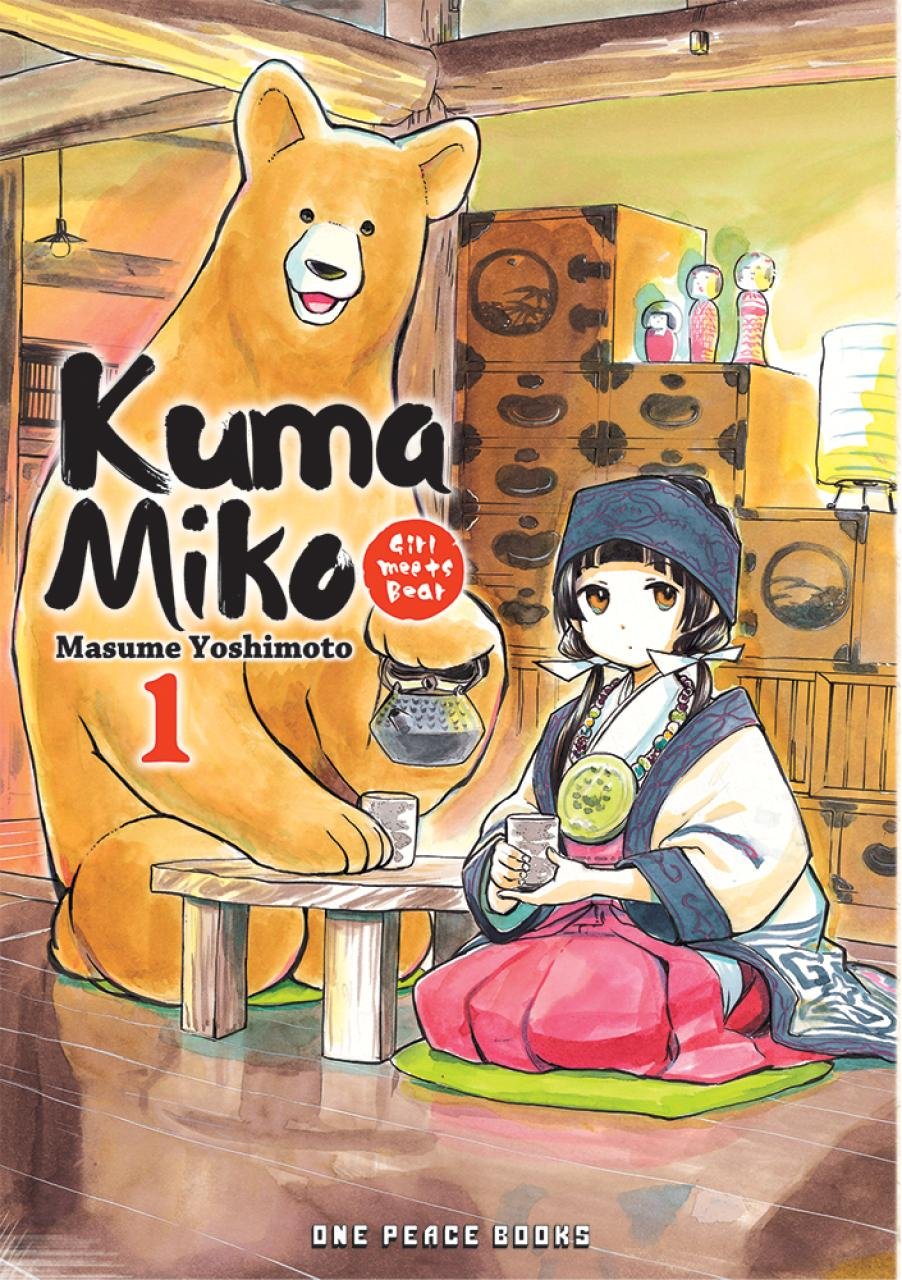 By all rights, Kuma Miko: Girl Meets Bear should be interesting: it takes place in a rural village where talking bears and humans have peacefully coexisted for centuries. The story focuses on Machi, a priestess-in-training who’s learning the ropes from Natsu, her ursine mentor. Though Machi is determined to serve the village in her capacity as miko, she’s also determined to attend high school in a nearby city — something none of her predecessors have done.

While the set-up is ripe with potential, the execution is oddly flat. Part of the problem is that the leads feel more like ideas than characters. Machi, in particular, is a collection of quirks in search of a personality. In an effort to endear her to the reader, author Masume Yoshimoto makes her naive, ditsy, shy, and spazzy — a veritable catalog of manic pixie dream girl traits — but never reveals why she behaves so irrationally. Natsu is a little more fleshed out: he has wisdom to impart, and frets about Machi’s welfare. Worrying about another person, however, isn’t the same thing as having a personality, and here, too, Yoshimoto falls short. Natsu’s concern doesn’t suggest any deeper knowledge of Machi’s past or her reasons for wanting to leave the village; any reasonable person would worry about someone who seems as impetuous and dim-witted as Machi.

The only character with any presence is Yoshio, Machi’s pervy 25-year-old cousin. In one memorable scene, Yoshio gets so carried away describing the village’s history that he forgets his audience, accidentally regaling third graders with salacious details of a human-bear union. This scene might be funny, but the author wants to have it both ways, aiming for a mixture of titillation and tee-hees that’s just plain uncomfortable; I’m with the little girl who declares, “Sexual harassment!” before covering her ears.

If any of the other five stories had left as vivid an impression as “Village Legends,” I might cautiously recommend Kuma Miko to fans of off-beat slice-of-life comedies, but the rest of volume one was vanilla in comparison. Competent but undistinguished artwork and sluggish pacing pushed the title further into the “No” column for me; if I’m going to read about talking bears, dammit, I’d like to see a little more imagination on display.