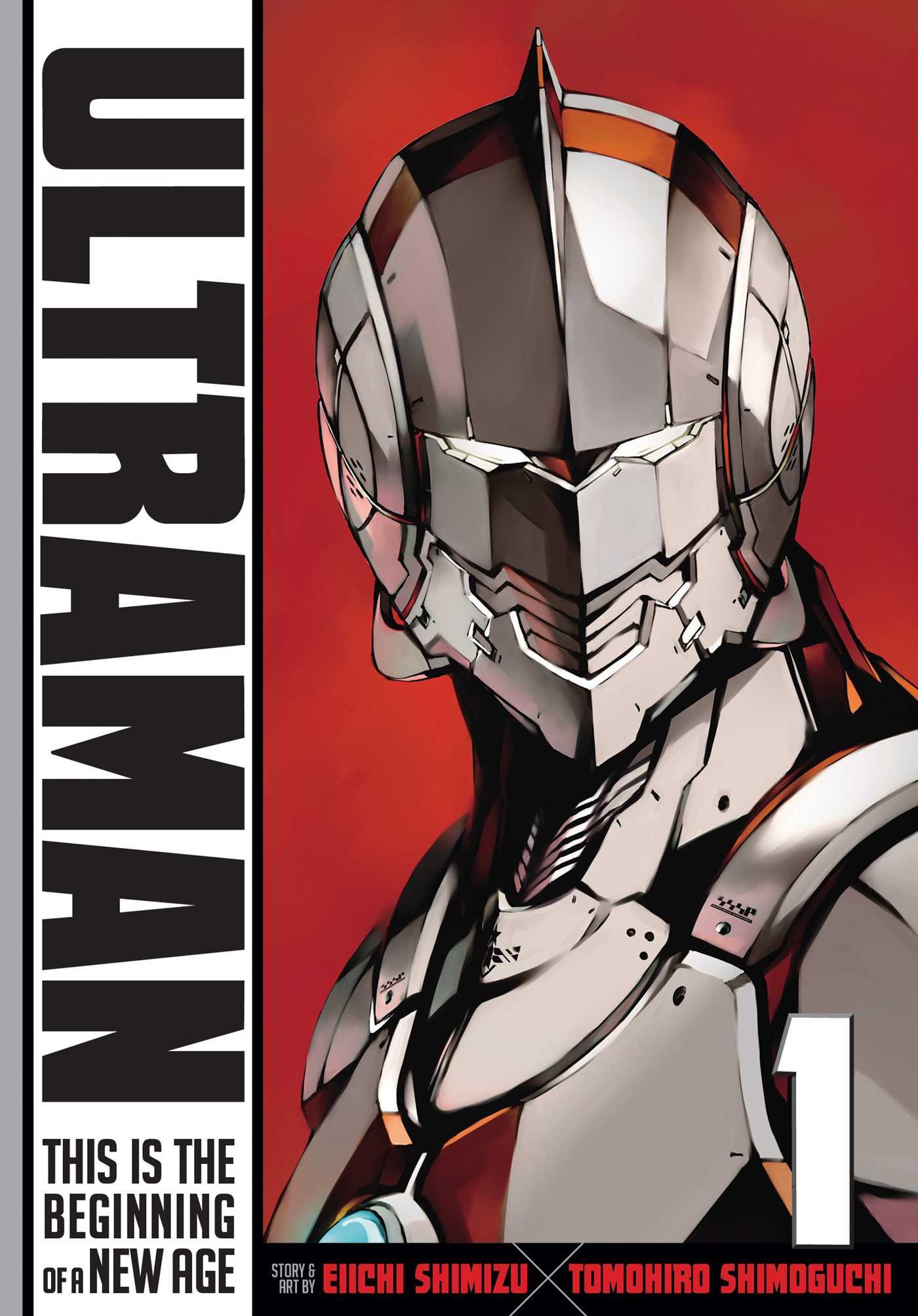 Dusting off a beloved franchise and making it appeal to a new generation is a hazardous undertaking: stray too far from the source material and incur the wrath of purists, but hew too closely to the original and risk camp. Manga-ka Eiichi Shimizu and Tomohiro Shimoguchi have found an elegant strategy for introducing Ultraman to contemporary readers, using the original premise of the 1966 TV show as a starting point for a new chapter in the story.

The prelude to volume one neatly outlines Ultraman’s origins. Shin Hayata, member of the Science Special Search Party (a.k.a. the Science Patrol), unwittingly becomes the host for Ultraman, a powerful alien tasked with ridding Earth of dangerous monsters. Only a few members of the Science Patrol know Ultraman’s true identity–a secret they keep from Hayata, who is unaware that he is the vessel for Ultraman’s powers. The story then leaps forward thirty years: Ultraman has returned to his own world, Hayata has retired from the Science Patrol, and his son Shinjiro is beginning to manifest powers of his own.

In contrast to the introduction, which is a model of economy, the first chapter sags under the weight of too much expository dialogue. The characters relate their histories and concerns in such bald declarations that the entire chapter reads like a rejected Mystery Science Theater 3000 script.  (A sample exchange: “We certainly don’t see much of each other these days.” “Right, even though I work at the Ministry of Defense, too.”) The pace improves with the sudden appearance of Be Mular–one of Ultraman’s old adversaries–who lures the inexperienced Shinjiro into a rooftop battle. Although the script has a familiar rhythm–powerful attacks punctuated by snappy one-liners–the fight choreography is well executed; you can almost feel the force of Shinjiro’s punches. Equally important, the fight’s outcome is not a foregone conclusion: the chapter ends on a cliffhanger just as Shinjiro realizes that he isn’t strong enough to protect his family from Be Mular… yet.

If the 2.0 version of Ultraman sounds like a radical departure from the original series, rest assured that Shimizu and Shimoguchi haven’t strayed too far from the show’s roots. The proof lies in the character designs: they’ve done a nice job of bringing Ultraman and Be Mular’s appearance in line with contemporary seinen aesthetics while preserving the look and feel of the original characters. Ultraman and Be Mular don’t exactly resemble their rubber-suited predecessors, but a long-time fan will recognize them as spiritual descendants–a fair compromise for a series that’s toeing the line between 1960s kitsch and 2010s pop culture.

The verdict: The first chapter is a tough slog, but the combat is staged with enough panache that I’ll be checking out volume two.

This review originally appeared at MangaBlog on August 21, 2015.