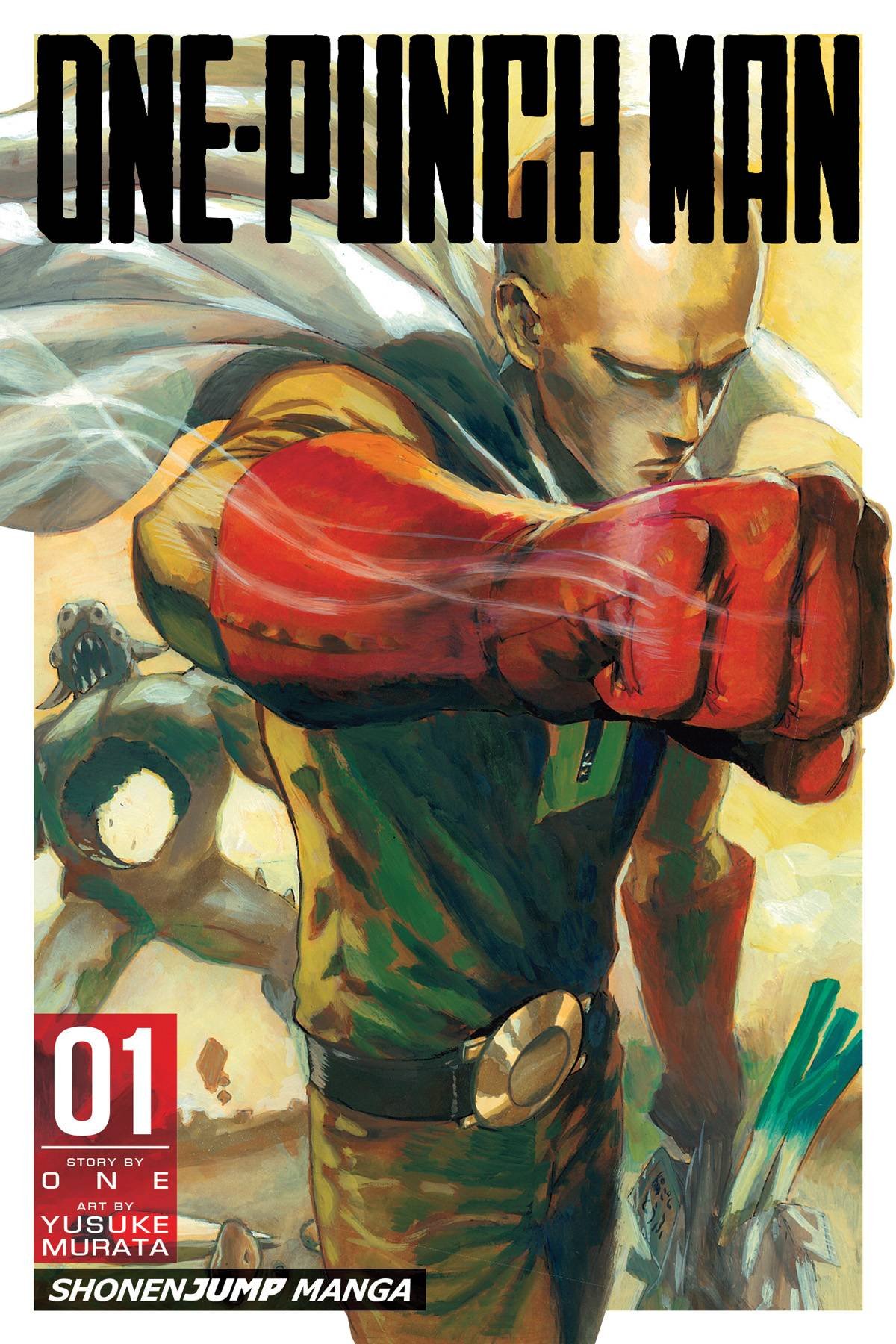 In a scene that would surely please Jack Kirby, One-Punch Man opens with a pow! splat! and boom!, as Saitama, the eponymous hero, goes mano-a-mano with the powerful Vaccine Man, a three-story menace with razor-sharp claws. Though Vaccine Man is formidable, he has a pronounced Achilles’ heel: chattiness. “I exist because of humankind’s constant pollution of the environment!” he tells Saitama. “The Earth is a single living organism! And you humans are the disease-causing germs killing it! The will of the earth gave birth to me so that I may destroy humanity and their insidious civilization!” Vaccine Man is so stunned that Saitama lacks an equally dramatic origin story that he lets down his guard, allowing Saitama to land a deadly right hook.

And so it goes with the other villains in One-Punch Man: Saitama’s unassuming appearance and matter-of-fact demeanor give him a strategic advantage over the preening scientists, cyborg gorillas, were-lions, and giant crabmen who terrorize City Z. Saitama’s sangfroid comes at a cost, however: the media never credit his alter ego with saving the day, instead attributing these victories to more improbable heroes such as Mumen Rider, a timid, helmet-wearing cyclist. Even the acquisition of a sidekick, Genos, does little to boost Saitama’s visibility in a city crawling with would-be heroes and monsters.

If it sounds as if One-Punch Man is shooting fish in a barrel, it is; supermen and shonen heroes, by definition, are a self-parodying lot. (See: capes, spandex, “Wind Scar.”) What inoculates One-Punch Man against snarky superiority is its ability to toe the line between straightforward action and affectionate spoof. It’s jokey and sincere, a combination that proves infectious.

Saitama is key to ONE’s strategy for bridging the action/satire divide: the character dutifully acknowledges tokusatsu cliches while refusing to capitulate to the ones he deems most ridiculous. (In one scene, Saitama counters an opponent’s “Lion Slash: Meteor Power Shower” attack with a burst of “Consecutive Normal Punches.”) ONE’s script is complemented by bold, polished artwork; even if the outcome of a battle is never in question, artist Yusuke Murata dreams up imaginative obstacles to prevent Saitama from defeating his opponents too quickly, or rehashing an earlier confrontation.

Is One-Punch Man worthy of its Eisner nomination? Based on what I’ve read so far, I’d say yes: it’s brisk, breezy, and executed with consummate skill. It may not be the “best” title in the bunch–I’d give the honor to Moyocco Anno’s In Clothes Called Fat–but it’s a lot more fun than either volume of Showa: A History of Japan… Scout’s honor.

This review originally appeared at MangaBlog on June 12, 2015.