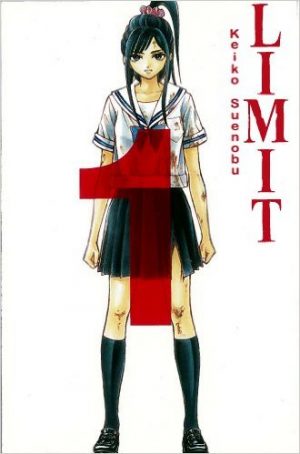 “The world doesn’t suffer fools or fugly people” — so says Sakura, the most popular student in class 2-4. Sakura is a classic Alpha Girl: pretty, manipulative, and confident that at fifteen, she’s discovered the secret to being successful. (“Both studies and make-up. They’re real important for enjoying life, you know?” she informs her pal Konno.) Though Sakura’s friends may not like her, they recognize her power and follow her example; when Sakura declares that the awkward, quiet Arisa Morishige should “die,” Sakura’s friends are all too quick to agree.

The dynamic between Sakura’s clique and Morishige is dramatically reversed, however, on an annual school trip to “exchange camp,” where second-year students spend a week roughing it in a rural setting. En route to camp, a bus accident kills most of the class, leaving a handful of survivors stranded in the wilderness. The remaining members of Sakura’s clique soon discover that their nasty antics have demoted them from the A-list to the D — a demotion that, in their new, desperate circumstances, has potentially deadly consequences.

In a more cynical frame of mind, I might describe Limit as “Lord of the Flies with chicks,” but that cheeky brush-off doesn’t quite do justice to Keiko Suenobo’s story. Her principal characters are just as concerned with survival as William Golding’s private-school boys were, but the girls’ internal power struggles are less a exploration of Hobbesian philosophy than an extreme dramatization of the cliquish behavior found in Japanese high schools. In other words, it’s Mean Girls… with weapons.

Entertaining as that sounds, Limit suffers from a crucial flaw: Konno, the narrator, isn’t very interesting, as her primary role is to be an inoffensive reader surrogate. Konno is pretty and smart enough to be a member of Sakura’s clique, but passive enough that her behavior won’t elicit criticism from most readers; Konno is never portrayed as a ringleader or enthusiastic participant in Morishige’s degradation, though she clearly joined Sakura in harassing Morishige. That’s a mistake, I think, because it permits the reader to side too readily with Konno when the tables are turned, ignoring the fact that Morishige’s rage stems from being bullied on a daily basis by Sakura and Konno.

The other survivors are a more compelling lot, even if each neatly slots into a well-established role: The Principled Outsider, The Timid Girl, The Frenemy. That Suenobo endows each of these girls with more humanity than those roles require is testament to her skill as a writer. Volume one’s most moving scene, for example, belongs to Ichinose, Sakura’s best friend. Though she and Konno have moved in the same social circles, the bus accident reveals that Ichinose views Konno as a rival for Sakura’s friendship. Ichinose’s desperation at being “traded in” for the smarter, prettier Konno is palpable, and the rawness of her angry confession is one of the few moments in the script that doesn’t feel like a rote portrayal of mean-girl politics.

Perhaps the strongest element of Limit is the artwork. Suenobo’s meticulous efforts to dramatize her characters’ inner turmoil reminds the reader that Limit ran in Bessatsu Friend, not Weekly Shonen Magazine. Konno and Ichinose scream and cry as lustily as any character in Cage of Eden, but Limit‘s characters register a much fuller range of emotions than just fear of being lost or eaten; Konno and her fellow survivors are by turns angry, jealous, gleeful, miserable, spiteful, bitter, remorseful, and fearful — of one another. By far the most dramatic example is Morishige, who morphs from cringing, sweaty scapegoat to demonic avenger; her once dull, shark-like eyes are suddenly animated with a fierce, nasty sense of purpose, and she moves with a speed and deliberation that surprise her classmates.

Suenobo also demonstrates a flair for staging action scenes. The bus accident is depicted in a brief but effective sequence that makes creative use of camera angles to suggest the severity of the crash. Likewise, Suenobo firmly establishes how desperate the girls’ situation really is; in a few carefully drawn panels, the reader readily grasps the geographic obstacles to rescue, from sheer cliff walls to impenetrable woods. That no one’s cell phone works feels like an unnecessary touch, given the care with which Suenobo sketches out the crash site and its environs.

If the story is, at times, a little uneven, or ungenerous to Morishige, Limit still shows considerable promise. Suenobo makes good use of her teen-survivor premise to explore the politics of bullying without being too mawkish. At the same time, however, Suenobo manages to write a scary thriller that’s sophisticated and suspenseful enough to sustain an adult’s interest; the story’s occasional Grand Guignol touches add a welcome dash of camp, preventing the story from sinking under the weight of its Very Important Message. I can’t imagine what will happen in volume two, but I’m looking forward to reading it… with the lights on. Recommended.

Review copy provided by Vertical, Inc. Volume one will be released on October 9, 2012.