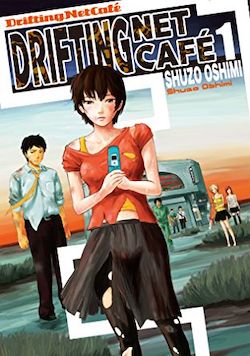 It takes nerve — nay, stones — to update Kazuo Umezu’s bat-shit classic The Drifting Classroom. That’s exactly what Shuzo Oshimi (The Flowers of Evil) has done in Drifting Net Cafe, however, substituting a nebbishy salaryman for Sho, the original series’ twelve-year-old protagonist, and an Internet cafe for Sho’s school. The results are a decidedly mixed bag, suggesting that some texts lend themselves to revision, while others are too much the product of particular author’s imagination to warrant re-telling.

As in the original series, the story begins with a snapshot of the hero’s daily life: 29-year-old Toki has an argument with his pregnant wife, Yukie, then goes to an office job he dislikes. On impulse, he stops in an Internet cafe on his way home from work, where he bumps into Tohno, a girl he loved in middle school. The two begin comparing notes on their current lives when an earthquake plunges the building into darkness. When no one arrives to lead Toki, Tohno, and their fellow customers to safety, the group makes a terrifying discovery: the cafe has been transported from Tokyo to a wasteland from which all evidence of human civilization — roads, buildings, people — has been expunged.

To his credit, Oshimi takes enough time to establish Toki’s routine and personality for the reader to appreciate what’s at stake if Toki doesn’t find a way to return to his old life. None of the other characters, however, are fleshed out to the same degree. Yukie is portrayed as a howling grotesque, at the mercy of her hormones; Tohno is saintly and brave; and the other cafe customers are assigned one or two defining traits, depending on their gender and age. Thin characterizations are a common problem in disaster stories; authors are often reluctant to bestow too much humanity on characters who are destined to become monster food or cannon fodder, lest the audience find the story too dispiriting. Oshimi, however, takes that indifference to an extreme, creating a supporting cast of repellant, one-note characters whose comeuppance elicit cheers, not tears.

The other great drawback to Drifting Net Cafe is Oshimi’s lack of imagination. Though Oshimi is a competent draftsman, he shows little of Umezu’s flair for nightmarish imagery. Consider the way Oshimi renders the cafe’s final destination:

It’s not a badly composed image; Oshimi makes effective use of the tilted camera angle to convey the characters’ disorientation, and uses a few charred trees to suggest that something powerful scoured the landscape clean. When contrasted with the original version, however, it’s clear that Oshimi’s image elicits a much tidier, less emotional response than the repulsive, molten moonscape that Sho and his teachers discover just beyond the school gates:

Oshimi’s monsters, too, betray his tendency to favor blandly polished imagery over inspired, if crudely rendered, boogeymen. Late in volume one of Drifting Net Cafe, for example, a creature resembling a typical Star Trek parasite attacks a female character, latching onto her thigh. It’s a memorable scene, tapping a similar vein of body-violation horror as Alien and Prometheus, but the monster’s quick defeat makes it seem more like a pretext for fanservice than a genuine menace. Umezu’s monsters, by contrast, take a variety of forms — giant insects and lizards, creepy aliens with bulbous foreheads, giant metallic serpents with grasping hands — all of which seem like the products of a feverish child’s imagination, rather than something copied from a TV show or straight-to-DVD movie.

The characters’ conflicts, too, seem smaller and less compelling than they did in Umezu’s original, which pitted Sho and his classmates against their teachers. The Drifting Classroom‘s adults quickly become deranged with grief and fear, leaving the children to fend for themselves in a hostile environment. Sho and his classmates spend several agonizing chapters struggling to accept the fact that none of the adults are in charge anymore; the students’ first attempts to defend themselves against crazed teachers and giant bugs end in catastrophe, a gruesome reminder of their misplaced trust in the adults.

In Oshimi’s version, however, all the characters are adults. They challenge one another’s leadership, squabble over resources, and indulge their worst impulses, sexual and otherwise. Though some of these scenes pack a visceral punch, most simply reinforce the idea that Toki and Tohno are the only decent folk among a group of unpleasant, self-interested urbanites — not exactly the stuff of high-stakes drama, even if one character finds himself on the business end of a pocket knife.

Where Drifting Net Cafe improves on the source material is pacing. The Drifting Classroom unfolds at a furious clip; characters are maimed or menaced in every chapter, and speak at decibel levels better suited for the Bonnaroo Music Festival than everyday conversation. Oshimi, on the other hand, varies the narrative tempo of Drifting Net Cafe: some chapters are packed with important revelations and dramatic confrontations, while others are more leisurely. These quieter chapters are among the most unnerving, however, as we watch the characters size up each others’ weaknesses, like sharks circling a wounded seal.

Though conceived as a tribute to The Drifting Classroom, Oshimi’s work is more likely to appeal to readers who haven’t read the original, or who find Umezu’s distinctive artwork dated and ugly. Long-time fans of Classroom are likely to find Oshimi’s update slick but soulless, as it relies more heavily on low-budget disaster movies than the original source material for its characters and conflicts. 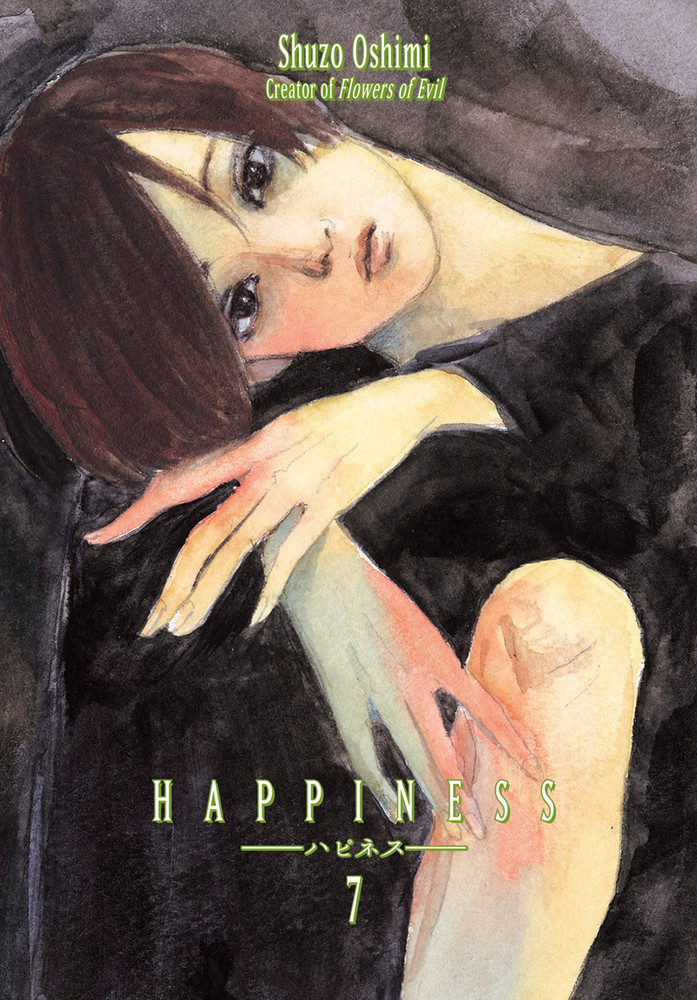