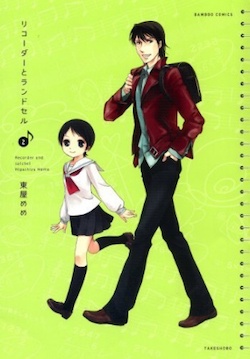 Most of the 4-koma manga I’ve read have been stamped from the same mold. There’s a quartet of teenage girls, each of whom has one personality trait, one talent or obsession, and one distinguishing physical characteristic. They all attend the same cram school, or live in the same dorm, and participate in the same everyday activities: studying for tests, planning trips to the beach, baking cakes. What passes for humor arises mostly from the clash of personalities or interests: the klutz accidentally pours water on the neat freak’s homework, or the brain chastises the compulsive gamer for playing another round of Warcraft instead of hitting the books.

Recorder and Randsell is an interesting variation on this theme, replacing the quartet of girls with mismatched siblings: Atsumi, a high school sophomore who looks eight, and Atsushi, a fifth grader who looks like a college student.

As one might guess from the characters’ appearance, most of the jokes revolve around mistaken identity. Atsumi’s best friend, the well-developed Sayo, pretends that Atsumi is her daughter to keep creepy guys at bay, while Atsushi’s grade-school pals dress him up as a parent so they can attend a cultural festival without a chaperone. Not all of the humor is PG-rated: in one of the series’ many running gags, Atsushi’s pretty young teacher is flustered by her student’s deceptively mature physique, her humiliation compounded by strangers mistakenly assuming that the puppy-like Atsushi is, in fact, her boyfriend.

To be sure, many 4-koma titles are built on the same foundation as Recorder and Randsell: the characters are easy to grasp; they follow clearly established patterns of behavior; and they seldom learn from their mistakes. What makes Recorder and Randsell funny is Higeyashi’s ability to devise new scenarios that yield the same disastrous outcomes; no matter what Atsumi and Atsushi do, or where they go, other people misread their respective ages. Higeyashi is also unconcerned with making her characters lovable, which grants her license to be weird, edgy, and a little mean to them — something that almost never happens in Sunshine Sketch or Ichiroh!!, where the characters’ behavior is carefully calibrated to trigger the reader’s awwwwwwwww reflex.

Also working in Recorder and Randsell‘s favor is the small but well-defined supporting cast. Meme Higeshiya gives each of these characters a clear role to play: Atsushi’s sidekicks, for example, remind us that Atsushi is on the brink of becoming a teenager, as they simultaneously envy the attention Atsushi receives from female classmates and tease him about his size. (“He’s a huge target!” one gleefully declares at the beginning of a dodge ball game.) The best supporting player, however, is Take, the Miyagawa’s next-door neighbor, a thirty-something man who can’t hold a steady job. Though we never see his face, Take is a frequent visitor to the Miyagawa household, unloading unwanted clothing on Atsushi whenever he breaks up with a girlfriend. (“Naoko gave me that shirt… Sachiko picked out those pants… Keiko bought me those shoes,” Take tells a bewildered Atsushi. “Stop or I won’t want to wear them anymore!” Atsushi complains.)

The art, like the script, gets the job done. Higeshiya plays up the physical contrast between the siblings, rendering Atsumi as a tiny, doll-faced girl with enormous eyes and Atsushi as a tall shojo prince. On closer inspection, the reader will see that Higeyashi is skillful enough to capture her characters’ respective ages through their body language and facial expressions; Atsushi clearly comports himself like a child, with wildly exaggerated movements and quicksilver moods, while Atsumi assumes the scolding posture of an adult.

I’d be the first to admit that such a slender premise couldn’t sustain a eight- or ten-volume series; by the fifth time the police arrest Atsushi on suspicion of being a pedophile, the punchline falls flat. Read in short bursts, however, the effect is like a good newspaper strip, offering an agreeable mixture of predictable and not-so-predictable jokes. Recommended. 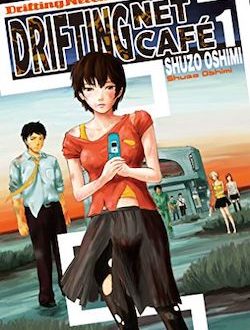 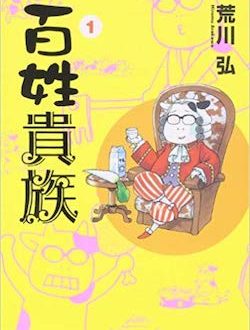 9 thoughts on “Recorder and Randsell”