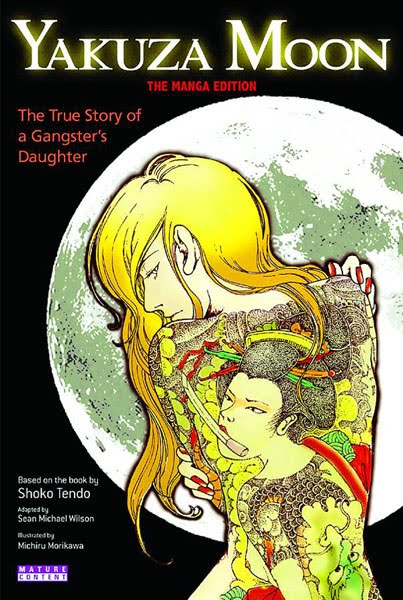 In the popular imagination, the yakuza are modern-day samurai, observing a rigid code of honor, decorating their bodies with elaborate tattoos, and meting out swift punishments to anyone who encroaches on their territory. When women appear in yakuza stories, they are usually unwitting victims of clan warfare or temptresses whose sexual allure threatens the established order; they are seldom leaders or soldiers in their own right.

Small wonder, then, that Shoko Tendo’s Yakuza Moon: Memoirs of a Gangster’s Daughter (2007) caused a mild sensation in Japan when it was first published, as Tendo gave a voice to all the women who had been relegated to the margins of yakuza stories. In direct, unembellished prose, she described the devastating impact of her father’s criminal activities on his family. She cataloged her father’s drunken rages and dalliances with hostesses; recounted his subordinates’ unwanted sexual advances; and recalled the taunts and gossip that swirled around her family after her father’s incarceration.

Tendo turned an equally unsparing eye on herself, documenting her increasingly self-destructive behavior. At twelve, she joined a gang and skipped school; by her sixteenth birthday, she’d been arrested and imprisoned for fighting, and by her nineteenth birthday, she’d become addicted to speed and enmeshed in several violent relationships with married men. Only after a string of near-death experiences was Tendo able to break the cycle of abuse and addiction that had reduced her to a eighty-seven pound skeleton with scars and false teeth.

From this blunt, vivid narrative, Sean Michael Wilson and Michiru Morikawa have fashioned a curiously flat graphic memoir, Yakuza Moon: The True Story of a Gangster’s Daughter. Wilson, the script writer, hews closely to the structure of Tendo’s book, preserving the chapters and the major events of Tendo’s narrative. Yet for all his fidelity to the original, the results are uneven. Most of Tendo’s siblings and lovers, for example, are reduced from major characters to walk-on roles. To judge from Wilson and Morikawa’s adaptation, for example, Tendo’s older sister Maki was a casual acquaintance, yet in Tendo’s memoir, Maki occupied an important place in her sister’s life: first as an idol, someone Tendo emulated, then as a cautionary tale, someone Tendo feared becoming. Tendo’s other family members fare worse than Maki; readers could be excused for wondering how many siblings Tendo has, as her older brother and younger sister are mentioned only in passing late in the book, with little discussion of how their father’s lifestyle affected them.

Equally frustrating are the layouts: Yakuza Moon looks more like an illustrated novel than comics, with words carrying the burden of the storytelling and pictures playing an ancillary role. Only in Tendo’s sexual encounters does the artwork take a more prominent role; through nuanced facial expressions and body language, Morikawa speaks volumes about Tendo’s complicated relationships with men. We immediately sense which partners were bullies, and which were kind; which used physical intimidation to control Tendo, and which used emotional manipulation; and which she feared, and which she loved. There’s a frankness to these scenes that’s missing elsewhere in the book; Morikawa never shies away from depicting ugly or uncomfortable moments, but shows us what’s happening from Tendo’s point of view, rather than her partner’s.

And that, perhaps, is this graphic novel’s greatest strength: whatever compromises Wilson and Morikawa made in translating Tendo’s prose into images, the focus of the story remains squarely on Tendo. Yakuza activities — drug dealing, loansharking, beatings — take place off camera; we only see the terrible consequences, reminding us that no matter how elaborate the yakuza code of conduct may be, there’s no real honor among thieves.

YAKUZA MOON: THE TRUE STORY OF A GANGSTER’S DAUGHTER • BASED ON THE BOOK BY SHOKO TENDO, ADAPTED BY SEAN MICHAEL WILSON, ILLUSTRATED BY MICHIRO MORIKAWA • KODANSHA USA • 192 pp. • RATING: MATURE 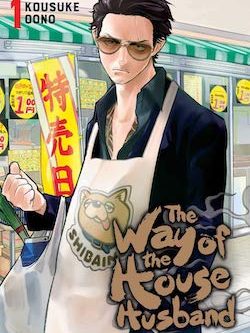 6 thoughts on “Yakuza Moon: The True Story of a Gangster’s Daughter”