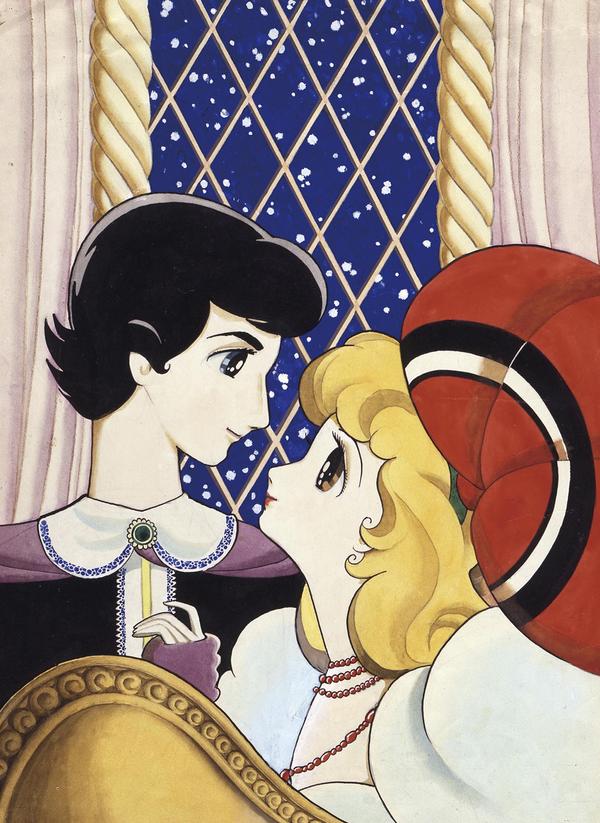 What Osamu Tezuka’s New Treasure Island (1946) was to shonen, his Princess Knight (1953-56) was to shojo. Both were long-form adventure stories that employed the kind of camera angles, reaction shots, and action sequences that suggested a movie, rather than an illustrated novel or a comic strip. Neither could be said to be the “first” shonen or shojo manga, but both had a profound influence on the artists who came of age in the 1940s and 1950s, offering a new storytelling model for them to emulate.

Princess Knight debuted in Shojo Club magazine in 1953, serialized in three-to-four page installments over a three-year period. The story proved so popular it inspired a radio play, a ballet, and a sequel, Twin Knight (1958-59), which followed the adventures of Princess Sapphire’s children. Ever the tinkerer, Tezuka revisited the story twice in the 1960s: first for Nakayoshi magazine, from 1963-66, and then for Shojo Friend, from 1967-68. Both the Nakayoshi and Shojo Friend versions re-told the original story with new artwork and subtle changes to the cast of characters. While the Nakayoshi version was a certifiable hit, and came to be regarded as the definitive edition of Princess Knight, Tezuka’s fourth go-round with the series was, by the author’s own admission, a commercial flop, an ill-conceived tie-in with an anime version that was airing on Fuji TV at the same time.

The basic outline of the 1953 and 1963 stories is the same: a mischievous angel named Tink gives the unborn Princess Sapphire an extra heart — and a boy’s heart, no less. Before Tink can recover the spare, however, Sapphire is born into the royal family of Goldland, a country in which only men can inherit the throne. Eager to avoid a crisis of succession, Sapphire’s parents raise her as a boy — a fraud that their enemy, Duke Duralmin, reveals just before Sapphire is crowned the new king. Sapphire escapes, then adopts a new, masked persona, using the skills she acquired as a king-in-training — horseback riding, swordsmanship — and the physical strength granted by her male heart to rescue her subjects from Duralmin’s tyranny.

Reading Princess Knight in 2010, it’s impossible to ignore Tezuka’s myriad borrowings. The story is an affectionate pastiche of Christianity, Greek mythology, and European fairy tales, at once utterly derivative and completely fresh in the way it appropriates plot points from “Cinderella,” Hamlet, Dracula, and “Eros and Psyche.” A Disney-esque sensibility smooths over the rough edges of this collage; resourceful mice and talking horses provide both aid to the heroine and comic relief, while the deities bear a strong resemblance to the prancing satyrs and nymphs of Fantasia‘s “Pastoral” interlude. Characters even burst into song, prompting Tezuka to draw several elaborate, full-page spreads that resemble Busby Berkeley routines.

What makes this pastiche especially interesting is the way in which Tezuka’s childhood fascination with the Takarazuka Revue informs his female characters. As Natsu Onoda Power observes in God of Comics: Osamu Tezuka and the Creation of Post-World War II Manga, Tezuka never fully camouflages Sapphire’s female identity; Sapphire adopts male speech patterns and dress, yet retains feminine attributes — a shapely waist, thin eyebrows — when in drag. Neither the reader nor the other characters doubt she is a woman; only Friebe, a beautiful female knight who falls in love with Sapphire, is convinced of Sapphire’s maleness. Like the otoko yaku (male role specialists) of Takarazuka, Sapphire doesn’t impersonate a man so much as embody a feminine ideal of masculinity. Kobayashi Ichizo, founder of the Takarazuka Revue, intuitively understood that female audiences favored such idealized portrayals over verisimilitude. “When a woman performs as a man,” he explained, “she is able to craft an image of a man that is better than a real man, from a woman’s perspective.” (Power, 118)

For young readers, however, the real draw is the story’s mixture of swashbuckling adventure and conventional romance. Sapphire scales walls, dons disguises, duels with her rivals, and escapes from prison several times, yet is still beautiful enough to win the heart of a pirate king and a Prince Charming (no, really — her primary love interest is named Franz Charming), even when she’s posing as a man. It’s an irresistible fantasy: a girl can be brave, strong, and resourceful, and still inspire the kind of devotion normally accorded more passive, conventionally feminine characters. Small wonder Princess Knight beguiled several generations of Japanese girls.

American readers interested in reading Princess Knight have two options. The first is a bilingual edition published by Kodansha in 2001, which reproduces the Nakayoshi version from 1963-66. The small trim size and occasionally colorful translation don’t do the material any favors (“Get away from me, you shitty little cherub!” an evil witch screeches), but the artwork is reproduced very cleanly, making it easy to appreciate Tezuka’s draftsmanship. A number of Japanese booksellers have been offering used copies on eBay; expect to pay anywhere from $7.00 to $30.00 per volume. (I purchased all six volumes through mkbooks2003.) The second is a brief excerpt from the Shojo Club version, which was reproduced in the July 2007 issue of Shojo Beat. For readers who don’t want to commit to buying the bilingual editon, the chapters reproduced in Shojo Beat offer a nice, representative sample of the work, and are accompanied by a helpful contextual essay. Expect to pay $6.00 to $18.00 for a back issue in good condition.

UPDATE, 1/28/11: Vertical, Inc. has just announced that it has licensed the Nakayoshi edition of Princess Knight for the North American market. The series will be published in two installments: volume one will be released on October 4, 2011 and volume two on December 6, 2011. Both volumes will retail for $13.95. Anime News Network has more details. Hat tip to CJ for breaking the news to me! 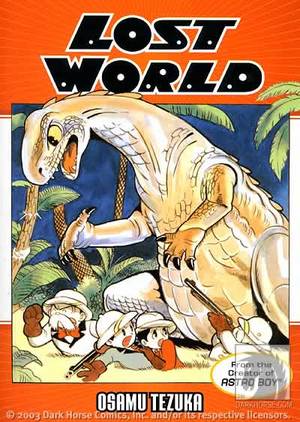