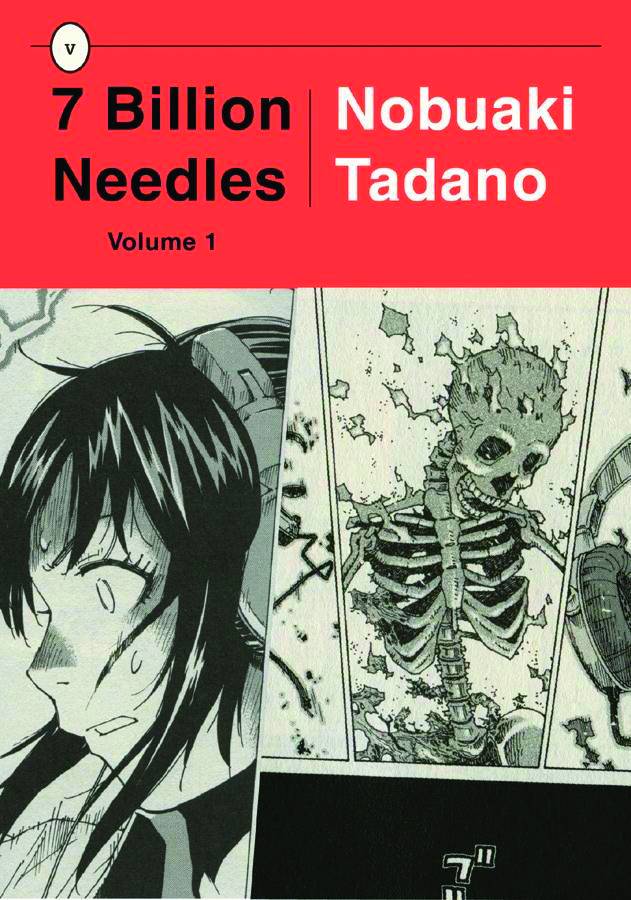 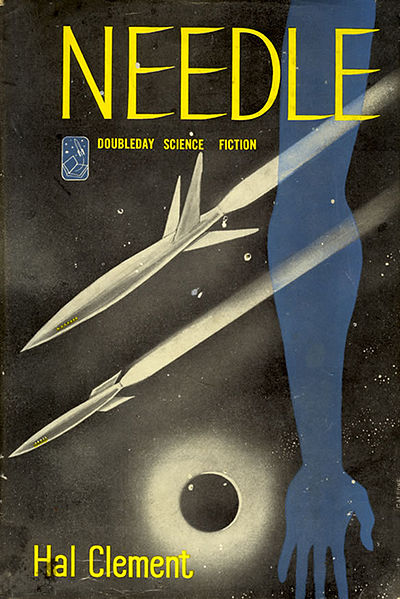 First published in 1950, Hal Clement’s Needle was a unique mixture of hard science fiction and police procedural. The story focused on an alien detective who crash-lands on Earth while chasing an intergalactic criminal. With his ship destroyed and his symbiant companion dead, The Hunter takes up residence inside a teenager’s body, eventually persuading his host to help him find the fugitive — no mean feat, as the fugitive can also hide, undetected, inside a human host.

The story was notable, in part, for Clement’s meticulous, detailed study of the alien’s physiology. Drawing on mid-century research on microorganisms, Clement imagined a highly intelligent, adaptable creature capable of manipulating its body to squeeze through tiny spaces and make use of its host’s sensory organs to learn more about its surroundings. Needle was also notable for the way in which Clement folded these speculative passages into an old-fashioned detective story; once The Hunter begins communicating directly with Bob, his host, the two retrace the fugitive’s steps, investigating everyone who might have come into contact with it and systematically ruling out suspects through careful observation of their behavior.

Nobuaki Tadano’s 7 Billion Needles (2008-10) draws inspiration from Clement’s novel, preserving the basic concept while tweaking the storyline to work in a graphic format. Gone are the long passages explaining how Horizon (as the alien detective is called in 7 Billion Needles) insinuates himself into his human host; in their place are more direct, dramatic scenes showing us how Horizon’s host, a sullen teenage girl named Hikaru, wrestles with the emotional and physical burden of helping him pursue Maelstrom, a shape-shifting creature so powerful he’s left a trail of dead planets in his wake. 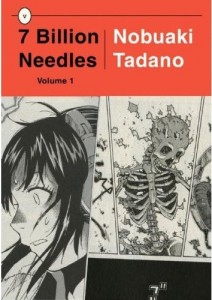 As a result, 7 Billion Needles reads more like horror than hard science fiction, placing more emphasis on monster-hunting and raw adolescent emotion than the mechanics of Horizon and Hikaru’s symbiotic relationship. Tadano’s choices make good sense from the standpoint of pacing and visual drama; so much of the original novel took place inside Bob, it’s hard to imagine how an artist would have brought those passages to life in comic-book form. (That summary makes Needle sound impossibly dirty, but rest assured, it isn’t.) Tadano’s monster, too, is much better defined than Clement’s; Clement’s fugitive only appears in the final chapters of the book, the nature of his crime never fully explained, whereas Maelstrom, Tadano’s creation, is something out of a good B-movie, causing his host du jour to undergo grotesque transformations before going all-out alien.

The real genius of 7 Billion Needles, however, is the way Tadano uses teen angst as a key plot element. In the very first pages of volume one, we learn that Hikaru is an orphan, living with an aunt and uncle not much older than she is. As the story unfolds, Tadano seeds the conversation with nuggets of information about Hikaru’s past; in volume two, for example, we learn that Hikaru and her father had lived on a small island, where they became social pariahs, enduring threats, taunts, and vandalism from their neighbors. Not surprisingly, Hikaru is withdrawn at the beginning of 7 Billion Needles, openly defying teachers by wearing headphones in class and avoiding even the most basic interaction with her peers. Once she agrees to help Horizon, however, she must begin talking to other people — the only way Horizon can detect Malestrom’s presence is for Hikaru to interact with Maelstrom’s host. Her awkward attempts to connect with other students, and her fumbling efforts at friendship, add a raw emotional energy to 7 Billion Needles that is largely absent from Clement’s original story. 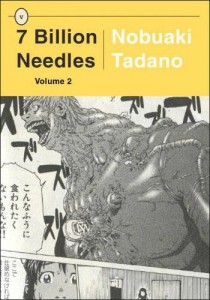 The series’ artwork is its only shortcoming. As Deb Aoki noted in her review of volume one, all the female characters have the same bland, plastic face, making them difficult to distinguish from one another. (Tadano’s rather weak efforts at creating a memorable supporting cast also contribute to the impression of sameness.) Some of the monster designs, too, lack inspiration — a key shortcoming in a genre known for its nightmarish, otherworldly imagery. When we first see Maelstrom in his true form, he looks like a tyrannosaurus rex; not until the second volume are we treated to a more terrifying and unsettling image of Malestrom as a grotesque composite of all the human beings he’s ingested. Perhaps most disappointing is Tadano’s over-reliance on the flash-boom, using big bursts of light and sound effects to indicate Horizon’s powers without really showing us what’s happening.

On the whole, however, 7 Billion Needles is an intelligent update on Needle, substituting the heat of adolescent angst and monster-slaying for the cool detachment of hard science and old-fashioned gumshoeing. Recommended.

Review copies provided by Vertical, Inc. Volume two will be released on November 23, 2010.