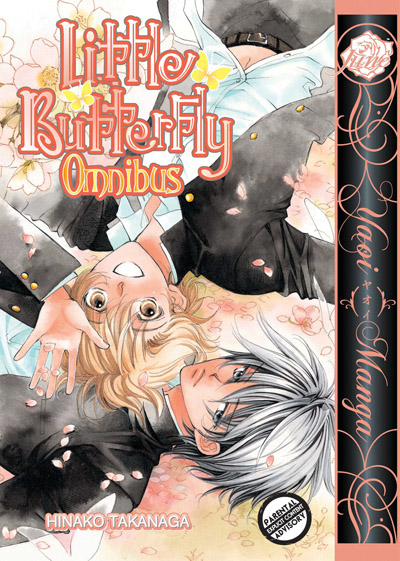 As a feminist, yaoi puts me in a difficult position. On the one hand, I love the idea of women creating erotica for other women, of creating a safe and fun space where female readers can explore their sexual fantasies. (I don’t know about you, but Ron Jeremy has never factored into any of mine.) On the other hand, I’m often uncomfortable by the way in which rape is conflated with extreme romantic desire in yaoi; it’s disappointing to see the “you’re so irresistible, I couldn’t help myself!” defense trotted out as a justification for sexual violation. To be sure, the rape-as-love trope abounds in romance novels and mainstream pornography as well, but as a feminist, it makes me just as uncomfortable to encounter it in yaoi as it does to encounter it in an episode of General Hospital. Then, too, there’s the issue of the characters’ homosexuality, which is sometimes trivialized (i.e., they’re not gay, they’re just so good-looking they couldn’t help themselves!), ignored, or “explained” by a character’s tragic past, as if sexual orientation were a simple, situational decision.

Still, I’d be remiss in my manga critic duties if I ignored such an important publishing category. With a little encouragement from readers, therefore, I decided to take a chance on Hinako Takanaga’s Little Butterfly (DMP), a title I’ve heard praised by folks whose interest in yaoi fell everywhere on the spectrum between Can’t Get Enough to Not My Cup of Tea. And you know what? I liked it. So much, in fact, that I would recommend Little Butterfly to just about any manga fan as a first-rate character study about two teens exploring the boundary between friendship and love.

Those teens are Kojima, a popular, cheerful student, and Nakahara, brooding loner with a troubled home life. (Dad is abusive; mom is mentally ill.) Kojima finds Nakahara intriguing and makes a concerted effort to befriend him — overtures that Nakahara ignores or rebuffs until circumstances (namely, a class field trip) throw them together. To his great surprise, Nakahara discovers that Kojima is kind and sympathetic, while Kojima discovers that Nakahara is intelligent and mature for his years, qualities that Kojima greatly admires. (In a genuinely funny and revealing scene, Nakahara names an NHK newscaster as his “favorite celebrity.”) As the teens spend time together, Nakahara develops an intense, romantic attachment to Kojima that leaves Kojima bewitched, bothered, and bewildered: is he falling for Nakahara? Is he gay? And is he ready for a sexual relationship?

What makes Little Butterfly work is Hinako Takanaga’s ability to capture the ebb and flow of close, same-sex friendships; anyone who’s ever felt a strong attachment to a high school friend will recognize the dynamic between Kojima and Nakahara as it vacillates between intense candor and intense self-consciousness. As their friendship shades into romance, Takanga shows us, through her characters’ awkward body language and behavior, how uncertain both boys are about what to do next. In one chapter, for example, Kojima frets that his lack of sexual experience will be a turn-off for Nakahara (who, in reality, isn’t much more experienced than Kojima is), nearly derailing their relationship in the process. That realism carries over to their actual encounters, which are clumsy, start-and-stop affairs, characterized by miscommunication and fumbling as each boy tries to figure out what he feels comfortable doing. These scenes feel real enough, in fact, that they aren’t sexy; anyone reading this book out of prurient interest will be sorely disappointed.

Though Takanaga handles the boys’ friendship with great sensitivity, Little Butterfly has some dramatically unpersuasive moments. In one unintentionally comic scene, for example, Kojima throws his arms around a friend to gauge his interest in other men, concluding that he only has eyes for Nakahara. (Presumably he didn’t get the memo that being gay doesn’t mean you’re attracted to every member of the same sex.) Takanaga also lays it on thick with Nakahara’s home life; not only is Nakahara’s father violent and emotionally distant, he’s also willing to use his wife and son as a bargaining chip for a loan, while Nakahara’s mother is such a perfectionist that she suffered a psychotic break after Nakahara failed to gain admission to an elite elementary school. I suppose these things happen — undoubtedly, New York Magazine has published a trend piece about Upper East Side moms afflicted with the same condition — but these touches register as melodramatic excess, as if having an abusive father and a crazy mother wasn’t quite enough to explain why Nakahara sought an emotional and physical connection with Kojima.

Still, it’s impossible not to read Little Butterfly without growing attached to the characters; their sincerity and awkwardness are genuinely endearing. I can’t say that Little Butterfly worked for me as yaoi, but I certainly enjoyed it as a coming-of-age story (no pun intended) that captured the difficulties and joys of teenage relationships in an engaging, emotionally honest manner. Recommended. 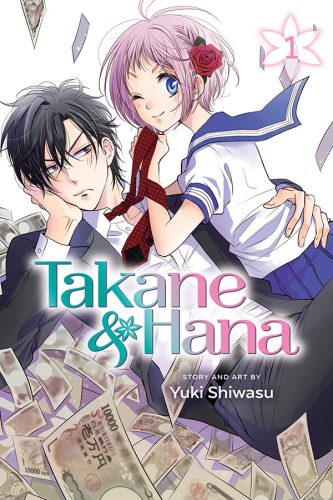