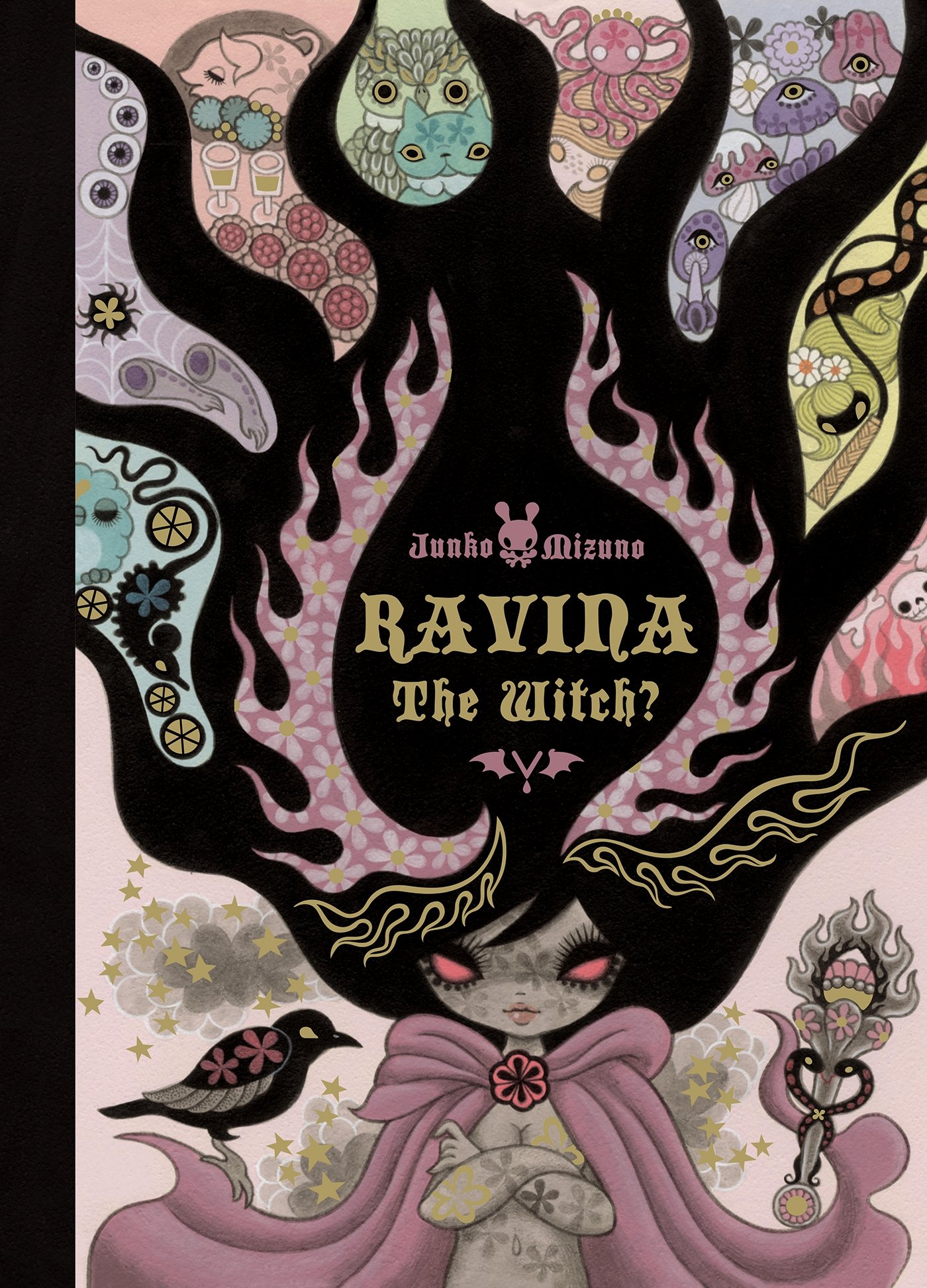 Cute characters behaving badly — that’s been Junko Mizuno’s MO since her professional debut twenty years ago. Her latest work, Ravina the Witch?, is more picture book than manga, eschewing panels and word balloons for glossy, full-color illustrations, but the story it tells is pure Mizuno: a young woman meets a witch, inherits her wand, and then wanders the countryside meeting depraved men whose hobbies run the gamut from S&M to binge-drinking.

As the plot suggests, Ravina sits somewhere between fractured fairytale and feminist rumination. Mizuno clearly recognizes the way in which female healers are viewed as both powerful and subversive; why else flirt with the idea that Ravina might be a witch, the quintessential symbol of dangerous femininity? Yet Mizuno’s obsession with food complicates any understanding of Ravina as a feminist text. In almost all of her works, from Pure Trance to Ravina the Witch?, Mizuno’s female characters binge, purge, and pop diet pills with ferocious abandon. Mizuno plays these scenes for uncomfortable laughs, blurring the line between criticism of the characters’ self-destructive behavior and critique of the cultural attitudes that fuel it. Ravina, for example, doesn’t just eat a meal; she gorges herself on animals, pies, and bottles of wine, with Cabernet-stained drool seeping down her chin. It’s not clear if Mizuno is showing us how the other characters see Ravina — as a repulsive, unstoppable force of nature — or if Mizuno is celebrating Ravina’s obvious pleasure in eating, defying social expectations that she be restrained, demure, or self-abnegating — in short, refusing to be lady-like in the presence of food.

The ambiguity of these binge-eating scenes stems, in part, from Mizuno’s trademark Gothic kawaii style, which subverts the true horror of what’s she depicting; even the most ruthless characters have soft, round faces that belie their rotten natures. (Heck, her maggots are cute.) Her illustrations are framed by a pleasing assortment of pastel doodles, with flowers, ravens, curlicues, and smiley-faced cabbages filling the nooks and crannies of every page. Although Mizuno is no stranger to full-color comics — all three of her VIZ titles are printed in color — Ravina is printed on glossy paper stock that enables Mizuno to exploit the natural shine and texture of metallic paints to striking effect, mitigating the flatness of her character designs and backgrounds with tactile accents.

Though Ravina the Witch? feels like a step forward for Mizuno’s artistry, story-wise it reads more like a remix of Cinderalla and Princess Mermaid. There’s nothing wrong with mining the same vein of inspiration to produce new works, but when your storytelling approach is this mannered, there are only so many times you can rehearse the same schtick before it feels tired. I’m not sure where Mizuno goes from here, but a gonzo sci-fi adventure, a crime procedural, or even a high-school comedy might give her fresh opportunities to stretch herself without rehashing the same Grimm plotline. 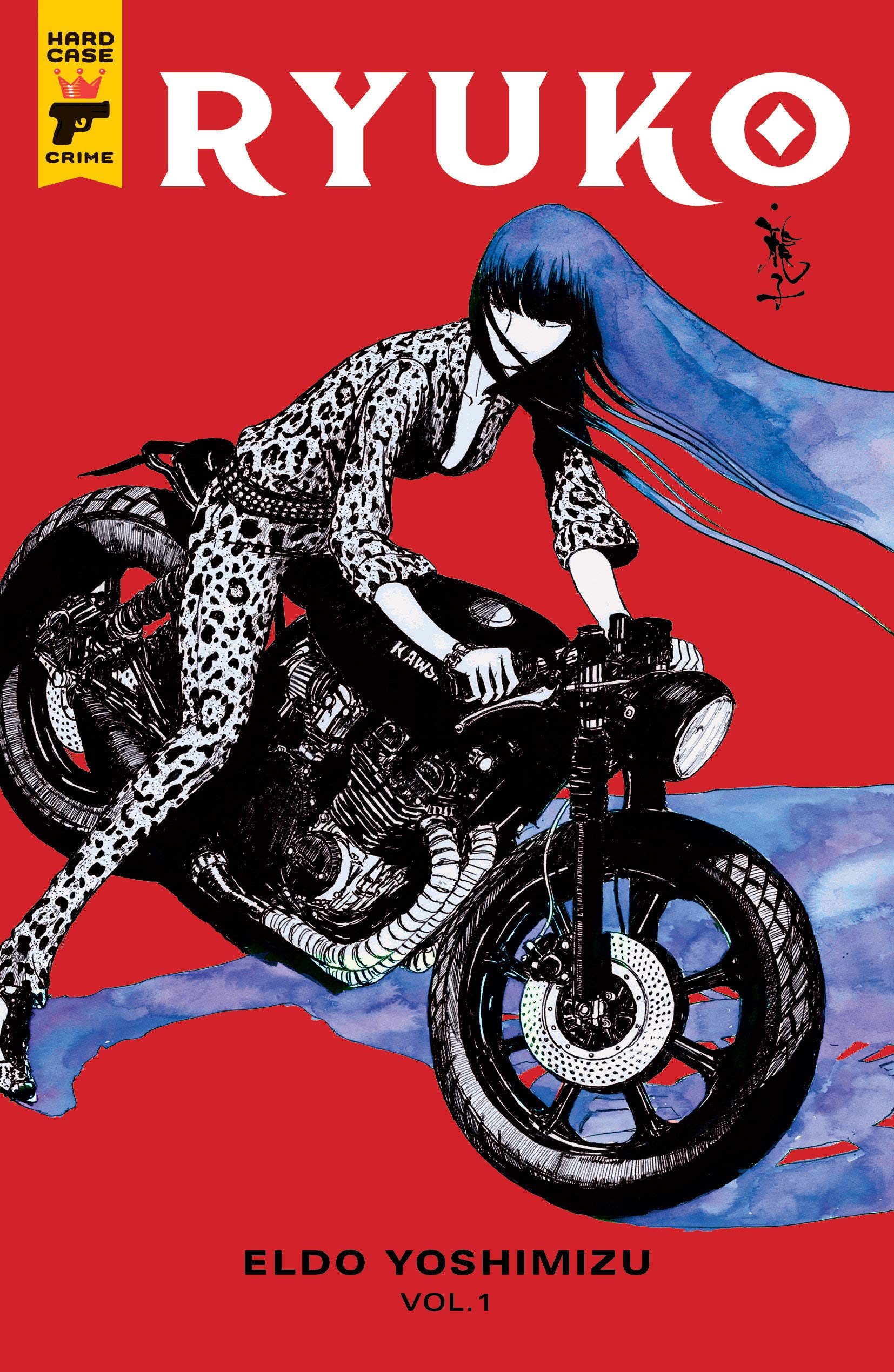 One thought on “Ravina the Witch?”