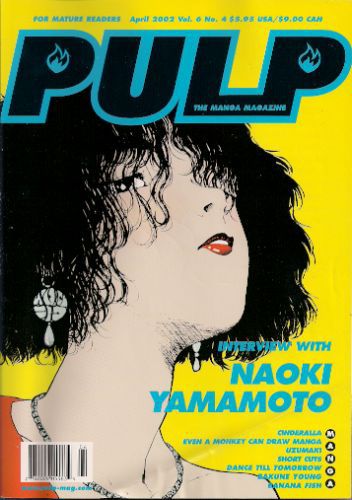 If TOKYOPOP was the company that first embraced the teen market, licensing Sailor Moon and bringing manga to big chain stores, then VIZ was the company that first wooed adult readers, using distinctive packaging and punchy trade names to help older manga fans distinguish stories about boy ninjas from stories about disillusioned samurai. VIZ wasn’t the only company courting older fans, of course; Dark Horse has been synonymous with manly-man manga for most of its licensing history, while TOKYOPOP made several unsuccessful forays into ladies’ comics. VIZ, however, has done more than any major American publisher to create a market for titles like Oishinbo and 20th Century Boys, seinen works that appeal equally to male and female readers in their twenties, thirties, and beyond.

One of VIZ’s first branding experiments was its short-lived Spectrum Editions line (1990-91). VIZ published three seinen titles in a prestige format with vinyl dust jackets, high-quality paper, and a large trim size. Those titles — Natsuo Sekikawa and Jiro Taniguchi’s Hotel Harbour View, Yukinobu Hoshino’s Saber Tiger, and Yu Kinutani’s Shion: Blade of the Minstrel — didn’t make much of a splash in the market, but they anticipated some of the design choices that VIZ would make with its Editor’s Choice and Signature imprints a decade later. 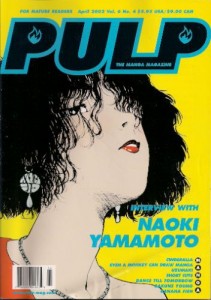 Another important precedent for the VIZ Signature line was PULP: The Manga Magazine. First launched in 1997, VIZ billed its monthly anthology as “manga for grownups,” and featured edgier stories than its companion magazines Animerica and Manga Vizion. Titles such as Banana Fish, Bakune Young, Dance Til Tomorrow, Even a Monkey Can Draw Manga, Short Cuts, Strain, and Uzumaki debuted in PULP before they were collected into graphic novels that bore the magazine’s name.

After struggling to find an audience, PULP was canceled in 2002. The significance of PULP wasn’t lost on its editors, however; when the magazine ceased production, they issued the following statement, summarizing their achievement:

PULP was the first English-language magazine to run the kind of manga that make comics a mass medium for ordinary adults in Japan, from dynamic action narratives to avant-garde ventures, when it debuted in December 1997… PULP offered readers a Japanese comics contrast to both the superhero genre that typifies American comics and the stereotypical “anime-esque” manga often offered to U.S. readers.

After VIZ phased out the magazine, several PULP titles — Dance Til Tomorrow, No. 5 — found a home at the newly created Editor’s Choice imprint. Like PULP, the Editor’s Choice line was designed to appeal to older readers, featuring titles such as Maison Ikkoku, Nausicaa of the Valley of the Wind, Phoenix, and Saikano. The Editor’s Choice imprint had something else in common with PULP: it was short-lived. By 2006, VIZ had rebranded the catalog with the VIZ Signature name, using it to help adult readers distinguish Naoki Urasawa’s Monster from Naruto. 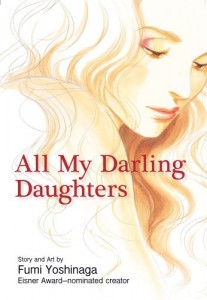 In its six years of existence, the VIZ Signature line has been steadily diversifying to serve a wider audience. Speaking to Publisher’s Weekly in 2009, VIZ Managing Editor Leyla Ayker explained that one of the goals of the line was “to create a balance between the more ‘literary’ works that would appeal to readers of Western graphic novels like Fun Home or Asterios Polyp and the more ‘action’ works that would appeal to readers of American superhero comics and genre fiction.” To that end, VIZ has been licensing a mixture of highbrow titles — All My Darling Daughters, Oishinbo A La Carte, Pluto: Urasawa x Tezuka — and pulp fiction for mature readers — Black Lagoon, Biomega, Dogs: Bullets and Carnage.

The Signature line was never tied to a print magazine, but in 2009, VIZ launched an ambitious collaboration with the Japanese anthology IKKI: select IKKI titles would be serialized online, allowing North American readers to read free monthly updates of series such as I’ll Give It My All… Tomorrow and Saturn Apartments. VIZ would then publish those series as part of its Signature line, with a special logo to distinguish the IKKI titles from other Signature manga. For a year and a half, the site flourished, offering readers a mixture of new comics and feature articles: an interview with Q Hayashida (Dorohedoro), a comic drawn by one of the VIZ designers. By the end of 2011, however, regular updates to the site had ceased, prompting speculation about the future of the project.

Whatever the future of SigIKKI, the project epitomizes what the VIZ Signature line does best: publishing high-quality manga that appeal to a wide spectrum of adult readers As Leyla Aker explained to Publisher’s Weekly:

The reason why IKKI and Signature are such a good fit is because their objectives are the same: to publish series that offer a diverse range of content but that are all marked by creative excellence. Another factor is that both lines are gender-neutral, so to speak; their content is aimed at both adult men and women, which is fairly unusual for manga.

N.B. VIZ began designing a new Signature website which remains unfinished as of 4/22/12. In the comments below, reader Eric Rupe notes that VIZ doesn’t seem to have made much progress on the site; links redirect the reader to an empty product page at viz.com.

The goal of this month’s Manga Movable Feast is to create a place where grown-ups can discuss their favorite — or least favorite — VIZ Signature manga. Anyone can contribute: all you need to do is send me a link to an essay, podcast, or review about a VIZ Signature title, and I’ll feature it in one of my daily round-ups. (Email or Twitter are the best way to submit links; Twitter submissions should be directed to @manga_critic.) Note that the feast runs from today (Sunday, April 22nd) through Saturday (April 28th). For more information, please visit the VIZ Signature MMF archive.

15 thoughts on “An Introduction to the VIZ Signature Imprint”