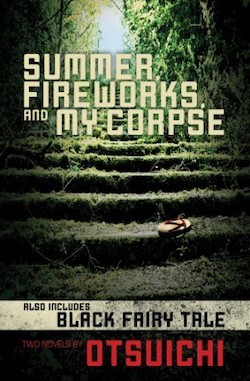 At some point in your travels through high school English, a teacher probably made you read Shirley Jackson’s “The Lottery,” a short story about a rural community that routinely sacrifices one its members to ensure a good harvest. I remember writing a paper about “The Lottery” my freshman year. Like many of my classmates, I critiqued the story’s dramatic aspects — the shocking twist, the ethics of the townspeople’s ritual — and neglected to say much about Jackson’s prose. Re-reading “The Lottery” as an adult, it’s obvious what I missed the first time around: Jackson’s singular ability to make the banal sinister through the selective presentation and repetition of seemingly inconsequential details.

Consider “The Summer People,” a short story from 1950. Jackson lavishes considerable attention on the title characters’ day-to-day activities such as buying groceries in town; one might reasonably infer it was a slice-of-life story about New Yorkers experiencing mild culture shock in backwoods New England. By the story’s end, however, it becomes clear why Jackson documented the Allisons’ routine in such detail; the townspeople have been observing the Allisons, viewing every gesture or action as a further violation of the unspoken agreement between residents and summer people that the out-of-towners go home by Labor Day. We don’t know what, exactly, happens to the Allisons for breaking the contract — Jackson leaves that to the readers’ imagination — but we’re left feeling deceived and unsettled, as if we ourselves had been the target of the year-rounders’ wrath.

It seems fitting, then, that Japanese horror novelist Otsu-ichi was nominated for the 2009 Shirley Jackson Award, as he has a similar flair for transforming ordinary situations into extraordinary ones. In “Yuko,” the second entry in Summer, Fireworks, and My Corpse, for example, a young woman takes a job working for a childless couple, one of whom is bedridden. A small but noticeable change in their nightly dinner routine arouses her suspicion that something is amiss between her employers, setting in motion a chain of events that culminate in a scene of comic horror.

The title story, too, pivots on a few carefully chosen details, as two children conspire to hide the corpse of a playmate who fell to her death. Throughout the story, Otsu-ichi describes the children eating ice cream, a simple motif that seems, at first, to be offered as evidence of the children’s struggle to conceal their guilt by engaging in normal activities. In the final pages of the story, however, that seemingly benign habit is cast in an entirely different light, forcing us to reconsider everything we’d believed about one of the story’s secondary characters.

Only the third and final story of the collection, “Black Fairy Tale,” deviates from this pattern, instead offering a mixture of urban legend and B-movie horror in book form. It’s an ambitious story, with several interlaced threads, including a dark fable about a crow who befriends a blind girl, and a teenager who loses her eye and her memory in an accident, only to have them replaced with a murder victim’s. There’s also a subplot involving a serial killer who carries out ghastly experiments on people, transforming them into monsters and holding them captive in his basement. Though Otsu-ichi skillfully maneuvers among the various storylines, maintaining sufficient suspense throughout the story, “Black Fairy Tale” is a less rewarding read than “Summer, Fireworks, and My Corpse” or “Yuko,” both of which rely more on psychological manipulation than cheap shock tactics to scare the reader; Otsu-ichi’s descriptions of the killer’s surgeries elicit a visceral, immediate response, to be sure, but prove less unsettling or memorable than the behavior of “Summer”‘s true villain.

Good horror operates on a deeper level as well, showing us how greed, hypocrisy, and conformity tear at the very fabric of society. I think that’s one of the reasons we continue to read Jackson’s work; stories like “The Lottery” and “The Summer People” offer a window into the conservative, conformist culture of the 1950s, that brief moment before the Civil Rights Movement, feminism, the Pill, and the Vietnam War radically altered the American landscape. Jackson’s characters live in terror of upsetting the status quo; their greatest fear is to be exposed as an outsider or an outlier of any kind.

The pressure to conform to parental and peer expectations — a frequent motif in contemporary Japanese comics, cinema, and literature — plays a similar role in Otsu-ichi’s “Black Fairy Tale.” Nami, its amnesiac heroine, is an obvious example. Before her accident, she was a model student, musician, and daughter, basking in others’ approbation; when a head injury robs her of the the ability to do well in school or play a Chopin ballad, her peers and parents begin to ostracize her, writing her off as a shy, inept loser. Throughout the story, she wrestles with her desire to reconcile her new and old personalities; only by embracing and acting on the memories left behind by her left eye’s previous owner — a loner and a college dropout — does she begin to appreciate the possibility of living the life she chooses, rather than the one her parents had planned for her.

Would Jackson have recognized the parallels between her work and Otsu-ichi’s? Aside from Otsu-ichi’s occasional detour into Clive Barker-esque excess, I’d say yes; Summer, Fireworks, and My Corpse is a solidly crafted collection of psychological horror stories, the best of which prove as spooky and thought-provoking as “The Lottery” and “The Summer People,” not least for the way in which Otsu-ichi finds the uncanny in the everyday.

6 thoughts on “Summer, Fireworks, and My Corpse”