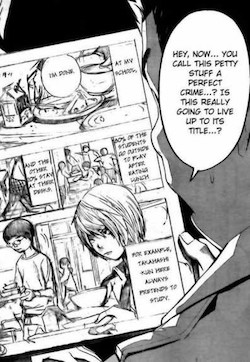 One of the sad truths about cranking out weekly reviews: sometimes your reviews suck. I’ve written my share of clunkers over the last three-and-a-half years, from reviews that consisted entirely of summary (“And then this happened… and then Yumiko did this…”) to reviews so overblown and self-important they’re almost funny. (Almost.) I say this not out of false modesty, but out of a desire to share what I’ve learned from those cringe-worthy reviews. Below are some of the most egregious mistakes I’ve made — and continue to make, I might add — as well as some suggestions for avoiding similar pitfalls in your own writing. Behold: the Seven Deadly Sins of Reviewing!

Remember book reports? Your third grade teacher asked you to describe the plot of Freckle Juice or Ramona the Pest, right up until the big denouement which, of course, you weren’t permitted to discuss. You were then expected to wrap things up with a few sentences praising the book — “I liked the part when Ramona bugged Beezus” — and maybe a statement urging curious readers to pick up their own copy. Alas, some reviewers don’t seem to have moved far beyond Miss Applebaum’s book-appraisal formula; they summarize books in exhaustive detail without really critiquing them. As a consumer, I find these kind of reviews maddening because they don’t tell me anything I couldn’t have gleaned from the back cover, though they do give away details and plot twists that I’d rather experience for myself.

Quick fix: I shy away from proscriptive formulas about the ratio of summary to analysis, but a good rule of thumb is that your summary shouldn’t be disproportionately longer or more detailed than your critique of the book’s strengths and weaknesses.

2. DAMNING A SERIES WITH GENERIC PRAISE.

How many times have you read a review in which the critic called a book “fantastic” or “original” without justifying those assessments? Stating, “The art is brilliant in Children of the Sea,” means nothing if you don’t provide context for your praise, whether it’s comparing the book to something that’s widely acknowledged to be good, describing your own aesthetic preferences, or explaining what, exactly, moved you about the artwork.

Quick fix: Be specific! You don’t need a fancy technical vocabulary to discuss artwork, narrative, or characterization, just a willingness to substantiate your opinions with evidence from the book, e.g. “The art in Children of the Sea is photorealistic in its beauty,” or “Daisuke Igarashi draws sharks and whales in precise detail, right down to the way the light reflects off their skin,” or “The underwater scenes in Children of the Sea look like something out of a Jacques Cousteau special.” Notice I didn’t say anything about perspective, screentone, or Photoshop filters; even a reader who knows nothing about manga or cartooning could guess why I think the art in Children of the Sea is fantastic.

3. DESCRIBING A GOOD SERIES AS AN “INSTANT CLASSIC.”

Do you know why I don’t rely on Jeffrey Lyons or Michael Medved’s movie reviews? Both have a bad habit of waxing hyperbolic, throwing around empty phrases like “instant classic” or “Oscar-worthy” whenever a movie rises above the merely good benchmark. Go to that well too many times, as Lyons and Medved have done, and those phrases lose their descriptive power; can AKIRA, Fruits Basket, Lucky Star, Miyuki-chan in Wonderland, Old Boy, Pluto and The Times of Botchan be equally “Eisner-worthy”?

Quick fix: If you’re tempted to call something an “instant classic,” scan your last ten positive reviews. If you haven’t declared anything “brilliant” or “timeless” within recent memory, fire away; if you’ve already deemed six books “the best manga of 2010,” look for another way to express your enthusiasm.

4. INSULTING READERS WHO DON’T AGREE WITH YOU.

Whoo, boy, here’s a commandment I’ve violated more times than I care to admit: namely, any time I’ve read a book that’s filled with needless panty shots or dippy, dithering heroines who can’t seem to get it together. The problem with statements like, “Only a horny teenage boy could possibly like this,” or “My inner feminist is appalled that any woman would enjoy Black Bird,” however, is that you needlessly antagonize readers whose taste differs from yours. (The same goes for positive assessments in the vein of “Only someone with a hole in their soul could hate this manga,” or “You’re not a real manga fan unless you like Neon Genesis Evangelion: Shinji Ikari Raising Project.” Says who?) Identifying a series’ potential audience is one thing; dissing that audience in the process of saying, “Hey, this book’s for you,” is another — unless, of course, you’re looking to manufacture controversy.

Quick fix: Steer clear of sweeping pronouncements about who will (or should) like a particular series.

Fail: a review that reads like a hastily composed freshman English paper. And no, I’m not talking a typo here or there, or the occasional, WTF-does-that-mean sentence; we’re all guilty of those, sometimes on a weekly basis. I’m talking about the kind of reviews that are so poorly written I instinctively reach for my stash of red pens because I want to fix them.

Quick fix: Learn the difference between it’s and its. Split run-ons into two or three shorter sentences. Ask a friend or partner to proofread your work. Visit sites like Copyblogger and Grammar Girl for the skinny on “bad” versus “badly.” And consider downloading After the Deadline, an open source application that offers more intelligent editorial suggestions than Word’s pre-installed Spell- and GrammarChecks. (Hat tip to Alex Woolfson for introducing me to After the Deadline.)

There’s a style of writing about comics — call it Fanboy Expert, for want of a better term — that’s all over the internet. Its best practitioners make it look seductively easy, as if all an aspiring reviewer need do is coin a few catchy phrases, drop references to Cool Stuff (read: indie bands that no one’s heard of, obscure comics from the 1960s, Derrida), and voila! a funny, insightful essay is born. By focusing so much on the performative aspects of reviewing, however, many Fanboy Experts neglect the equally important tasks of critiquing and contextualizing the comic at hand. The result: a review that sounds snarky and derivative and tells me more about the writer’s interest in Bang Bang Eche than his knowledge of the comics medium.

Long-term fix: If you can’t blow like Charlie Parker, develop your own sound; not every review needs to be a dazzling display of verbal virtuosity.

7. TAKING YOURSELF TOO SERIOUSLY.

In a recent think-piece on the state of movie criticism, Andrew O’Hehir offered this helpful analogy:

…reviewing movies is a lot more like performing stand-up comedy than like delivering a philosophy lecture. None of those grand ideas even begin to matter if you’re boring and you can’t write.

O’Hehir doesn’t knock the importance of knowing the medium’s history, or discussing movies in the greater context of politics, literature, and art, but he does challenge the idea that good criticism is inherently high-minded. And he has a point: it’s easy to get carried away with the idea of being a tastemaker, educator, or — God forbid — truth-teller at the expense of having something worthwhile to say. I’m all for a post-Marcusian analysis of desire in shojo manga, but only if said analysis really sheds light on a hidden aspect of the text; otherwise, I’d rather read a blisteringly funny takedown of Hot Gimmick! Why? Because that takedown might be more insightful and true to the source material than ten paragraphs of theoretical rumination.

Quick fix: Before invoking Adorno, Darwin, Durkheim, Foucault, Freud, Horkheimer, Jung, Levi-Strauss, Marx, Said, Saussure, or any of their proteges, ask yourself this: is my critique of Naruto enhanced by a reference to post-colonialist discourse, or would the text be better served with a straight-up review assessing the characters’ ninja prowess? 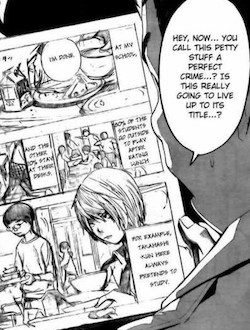 On Criticism: Why Editing Matters
January 18, 2010 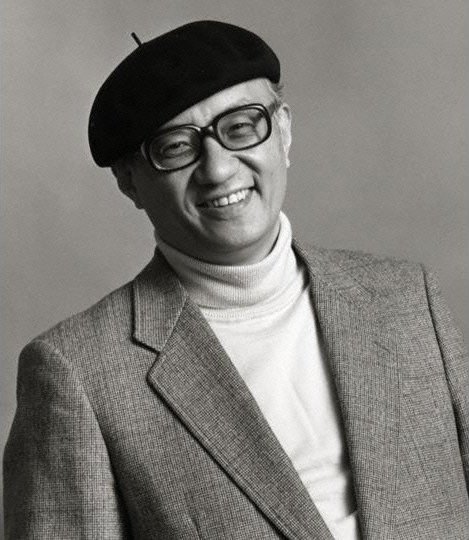 29 thoughts on “On Criticism: The 7 Deadly Sins of Reviewing”