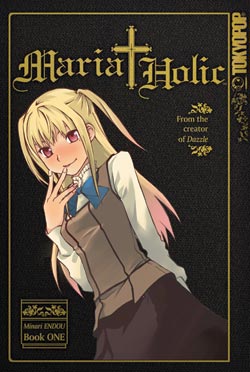 I’m pleased to report that 2009 yielded fewer jaw-droppingly bad manga in the vein of Eiken, J-Pop Idol, or Shiki Tsukai — surely the most confusing manga ever written about weather — though it wasn’t devoid of clunkers. Below are my top five nominees for Worst Manga of 2009. Some earned demerits for lousy art or writing; others for gross sexism; and others for insulting my intelligence as a reader. Keep in mind that while I try to read widely, there are definitely titles I’ve missed or avoided — Tantric Stripfighter Trina, anyone? — so I encourage you to share you own nominees for The Manga Hall of Shame, as well as your reactions to this year’s dishonorees.

Si-Joon, scion of a powerful family, has a strange experience as a child: while lost in the woods, he accidentally becomes engaged to a girl cursed with a pig’s face. Mu-Jeon, she of porcine features, remains a hazy memory for Si-Joon until his sixteenth birthday, when she returns to claim him, demanding that they consummate their marriage right now. There’s just one problem: Si-Joon has his eye on Doe-Doe, a beauty who terrorizes her female classmates but makes nice with the boys. Lest Pig Bride sound like a wacky romantic comedy, let me say that there are few, if any, laffs to be found. The author’s contempt for women her female characters is palpable: the female characters girls are either hysterics (Mu-Jeon pursues Si-Joon with abandon, dignity or common sense be damned) or ice queens (Doe-Doe seems more interested in collecting hearts than actually being with anyone). The hyper-stylized art is similarly awful, with characters sporting grossly distended necks and chins so pointy that they’d made a razor bleed. I love manhwa as much as the next gal, but Pig Bride isn’t doing much for the cause of Korean comics in translation. (Text revised 12/24/09; see end of article for further commentary.)

Zone-00 is easily one of the most confusing and unappealing books I’ve read this year, a fever dream of decapitations, impalements, and half-naked bodies. The layout is dark and busy — overstuffed, really — looking more like a Tokidoki handbag pattern than sequential art, with images and word balloons filling every inch of the page. From time to time, Kiyo Qjo’s rich, weird imagination shines through, as when she introduces a pair of possessed Harley Davidsons, or stages a hilarious conversation between a cat and a dog about the merits of fanservice. (The cat is pro-panty shot; the dog is more modest.) Too often, however, Zone-00 seems like a grab bag of half-baked ideas and pin-up drawings in search of a story; about the best I can say for Zone-00 is that the fanservice is equal opportunity, as almost every page features ladies with gravity-defying H-cups and men with granite six-packs. If your vision of the future includes stripper nuns armed to the teeth and shirtless motorcycle gangs, Zone-00 might be your cup of tea; all others are advised to stay away. (Reviewed 9/3/09.)

“You can be eaten, or you can sleep with me and become my bride.” So declares Kyo, a handsome demon who’s been waiting for years to make Misao his wife and secure his position as Head Tengu. (Or something along those lines; drinking her blood is key to becoming the World’s Most Powerful Supernatural Being, hence the scores of demons interested in sampling Misao’s goodies.) Kyo’s declaration underscores the main problem with Black Bird: the entire story revolves around its heroine’s repeated degradation, making a fetish of her injuries and her helplessness. Demons slash her throat, poison her, push her off rooftops, and slam her against walls, yet she never defends herself or runs away, relying instead on Kyo to save her. Kyo’s “rescues” are as icky as the attacks themselves, as Kyo licks Misao’s wounds (he says he’s healing her; I say,  ewwwwwwww), pins her down, and browbeats her for not sticking close to him. Some readers may find him sexy, but grouchy old feminists like me will see him for what he is: a wolf in knight’s clothing, posing as Misao’s savior while manipulating her for his own selfish interests. (Reviewed 7/21/09.)

Dear Manga Publishers: Please stop licensing 4-koma titles. Most of the translated material in this format is at best dull — wait, was that a joke? — and at worst incomprehensible — wait, the heroine has a semi-romantic relationship with her cat-eared clone? Lucky Star is a prime example of why 4-koma manga don’t work well in English: the punchlines aren’t funny, and the characters are so one-dimensional that their daily travails aren’t interesting enough to hold our attention. (If the only “personality trait” a character manifests is a preference for watching anime over doing homework, I’d say the manga-ka needs to flesh her out just a little bit more.) Add to the mix a translation that, in Melinda Beasi‘s words, “strips the characters of any recognizable voice” and kills the jokes, and you have a recipe for one seriously dull read.

In a more charitable mood, I might characterize this mean-spirited comedy as a lame attempt at satirizing yuri manga. The jokes aren’t smart enough, however, to qualify as satire; most of them involve humiliating the series’ naive heroine, whose lesbianism is held up to constant ridicule. Author Minaru Endou beats a single joke into the ground, with poor Kanako developing crushes on all of her classmates and suffering nosebleeds whenever she catches sight of them changing, wearing gym clothes, tossing their hair, talking to friends… you get the idea. (Did I mention that Maria Holic runs in Monthly Comic Alive, a magazine aimed at men?) Mariya, Kanako’s cross-dressing nemesis, is a truly repellent character, threatening to expose Kanako and mocking her interest in women. I think we’re supposed to find Mariya deliciously evil — and gee, nothin’ says eeeeeeeeeeeeeeevil like cross-dressing — but he comes across as sadistic, homophobic, and desperate; I spent most of volume one wishing for a great big foot to drop from the sky and squash him, a la Monty Python’s Flying Circus. (Reviewed 9/23/09.)

UPDATE, 12/24/09: Kurt Hasseler of Yen Press posted an eloquent and thoughtful rebuttal to my assessment of Pig Bride, which you can read by clicking here. His comments prompted me to revise my review to make it clear that I’m not accusing the author of being a misogynist, but am critiquing the way in which she depicts her female characters. I want to thank Kurt for a spirited and intelligent debate, even if I remain unpersuaded about Pig Bride‘s merits. 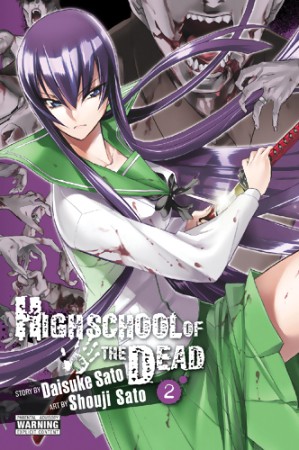 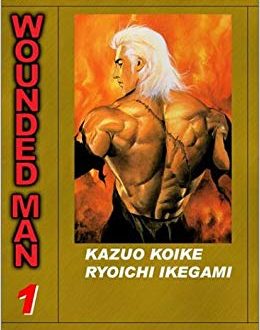 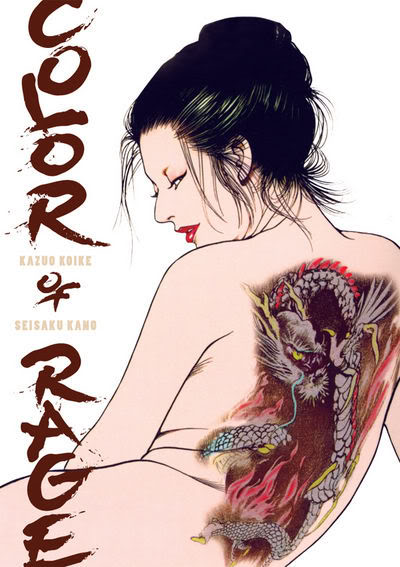