I have a confession: I am a complete chicken when it comes to horror movies. I watched Alien through my fingers and made it to the end of Fright Night by staring at the ingredient list on a candy wrapper; even the hot vampires of The Lost Boys weren’t soulful or shirtless enough to fully hold my gaze. But horror manga is another story, as I count Mermaid Saga, Gyo, Tomie, The Kurosagi Corpse Delivery Service, and PTSD Radio among my favorites series. I can’t explain why horror manga doesn’t affect me the same way that movies do–no soundtrack, perhaps?–but I’m glad that I’ve found the intestinal fortitude to read Junji Ito and Kazuo Umezu’s work. Alas, I had less patience with the two most recent horror series I read: Museum, a digital-only offering from Kodansha, and Phantom Tales of the Night, a cautionary tale about a mysterious innkeeper. 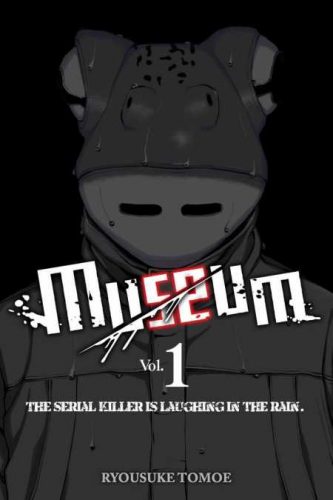 Stop me if you’ve heard this one before: a mask-wearing vigilante kidnaps and tortures his victims in grotesque fashion–feeding them to dogs, severing their ears, tying them to toilets–then leaves cryptic notes that characterize each act as a “punishment,” daring the authorities to catch him. The mystery of who the vigilante is and what motivates him is the main driving force behind Museum, but you might not want to soldier through the carnage for answers to those questions since Ryosuke Tomoe can’t decide if his vigilante is a hero or a monster. Tomoe depicts the violence with such fetishistic detail that the reader is invited to admire the killer’s technique rather than meditate on the true horror of what the character has done. The ugly, utilitarian artwork and  relentlessly dour tone are the nails in the proverbial coffin, underscoring just how unpleasantly banal Museum really is. Not recommended. 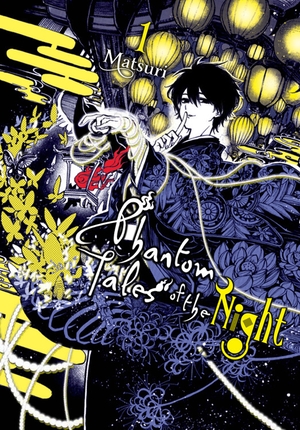 Phantom Tales of the Night is the kind of bad manga that’s difficult to review: it isn’t offensive or ineptly drawn, but it’s a chore to read thanks to its poor plotting, muddled characterizations, and maddeningly opaque dialogue. Ostensibly, the series focuses on the Murakamo Inn, where the demonic host cajoles his guests into revealing their secrets. The rules governing how the Murakamo Inn operates, however, are in a constant state of flux, making it hard to pin down what, exactly, Phantom Tales is about. In some chapters, characters share their secrets with the inn’s owner in exchange for having a wish fulfilled, while in others, characters learn a terrible secret about themselves. The later chapters hint at a potentially longer, more complex arc that will play out over several volumes, but the set-up is so abrupt and confusing that it robs the final pages of their full impact–a pity, since Matsuri has a flair for drawing genuinely creepy monsters. Perhaps the most damning thing about Phantom Tales of the Night is that the characters talk incessantly about “secrets” but lack a basic understanding of what a secret really is or why it holds such power—a key failing in a series that is predicated on the idea that secrets are a kind of supernatural currency. Not recommended.