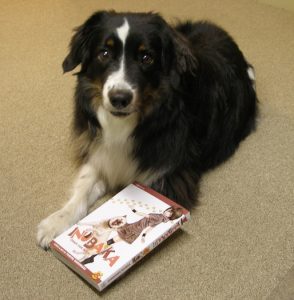 Welcome! My name is Kate Dacey, and I’ve been writing about comics since 2006 for sites like PopCultureShock, The School Library Journal, and MangaBlog. Though I’m passionate about comics in general, my first love is manga. I count Rumiko Takahashi, Katsuhiro Otomo, Kaoru Mori, Fumi Yoshinaga, Naoki Urasawa, and Osamu Tezuka among my favorite artists, as their work showed me the full potential of the comics medium.

I first created the Manga Critic in 2009. Back then, TOKYOPOP, CMX, and Del Rey were actively publishing material, Yen Press was the new kid on the block, and the New York Times was just beginning to acknowledge manga sales in its weekly bestseller lists. It was an exciting time: some weeks yielded as many as 50-60 new volumes of manga, and important artists — Hayao Miyazaki, Moto Hagio — were making the rounds at San Diego and New York Comic-Cons.

Though there were an astonishing number of manga-themed websites, blogs, and LiveJournals, many of these sites catered to self-professed otakus. For someone who primarily identified as a reader, I found the conversations at these sites unwelcoming, as I was more invested in the quality of the stories I read than in the fine details. I hankered for an online community where the hardcore fan and the occasional reader would feel equally welcome — and equally entitled to their opinions. When I didn’t find such a space, I set out to make one, and the Manga Critic was born.

For three years, I had a blast. I got shout-outs at the New Yorker and New York Times’ websites, a re-tweet from Roger Ebert that nearly crashed Manga Bookshelf, and enough passionate reader comments to fill a football stadium. (There are *still* a few people who are sore about my review of Blood Alone.) Then I hit the wall: I’d reviewed one too many books about teenage ninjas, wacky afterschool clubs, ruthless assassins, sexy robots, and vampire Romeos, and it showed. I put the Manga Critic in mothballs, and stopped blogging for almost two years.

In the immediate aftermath of shutting down my site, I felt relief: no more volumes of Highschool of the Dead to review! No more comments from infuriated teenaged boys! At the same time, however, I missed discussing and discovering new manga with thoughtful readers, an experience that I couldn’t fully replicate through Twitter or Tumblr feeds. So after several years of deliberation — and a few sporadic posts at MangaBlog — I decided that 2017 was the right time to bring back the Manga Critic.

HOW TO NAVIGATE THE SITE

If you’re new to manga, you’ll find several ways to discover new series and artists at the Manga Critic, from the Year in Review, an archive of my annual best-and-worst lists, to Recommended Reading, a series of articles highlighting different types of manga (e.g. horror, shojo). If you’re already a serious manga reader, you’ll find features that cater to your interests as well, including Manga Artifacts, an occasional column exploring Japanese comics published before 2000, and The Best Manga You’re Not Reading, a column highlighting great series that aren’t getting the attention they deserve. I also post occasional capsule reviews on Mondays — Bookshelf Briefs, a joint effort among the six Manga Bookshelf bloggers — and round-ups of manga industry news.

If you’re new to this site, I’ve compiled a short list of articles from the original Manga Critic (2009-2012). These essays provide a good introduction to my writing and reviewing style:

You’ll also find a wealth of sources on manga, manhwa, and comics for kids, all of which can be accessed through the Resources menu.

Going forward, I anticipate posting one major article each month, and one short review or news story each week. To stay abreast of what’s happening here at the Manga Critic, you can subscribe to my Twitter feed or the Manga Bookshelf Facebook page.

A WORD OF THANKS

Last but not least, I wanted to acknowledge three people for their encouragement and support: Brigid Alverson, who graciously gave me a place to hang out while The Manga Critic was on hiatus; Claire Dacey, who created the site’s funky new banner; and Melinda Beasi, who played a major role in making the site functional and attractive. Thank you, ladies!