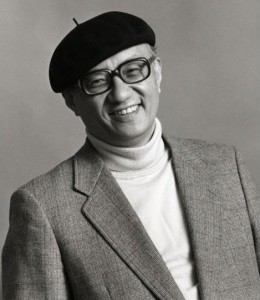 February 9, 2012 marked the twenty-third anniversary of Osamu Tezuka’s death. His career in the manga industry spanned five decades, from the early days of the akahon market to the industry’s zenith, when comics accounted for nearly 40% of all books sold in Japan. Over the course of his life, Tezuka produced more than 150,000 pages of manga; created such iconic characters as Astro Boy, Kimba the White Lion, and Black Jack; launched a manga magazine and an animation studio; and mentored such artists as Hiroshi Fujimoto and Shotaro Ishimonori. The extent of Tezuka’s influence on Japanese visual culture is hard to understate; few modern creators have had such a profound impact on the medium in which they worked.

Tezuka also pioneered a new way of drawing stories. As Schodt explains, Tezuka borrowed techniques from Walt Disney films “to create a sense of motion with his page layouts” — in essence, to bring the movie-going experience to the printed page (235). Tezuka’s example proved exceptionally powerful; the dynamic, visually-driven storytelling of Astro Boy and New Treasure Island continue to influence contemporary artists, especially in the world of shonen manga. 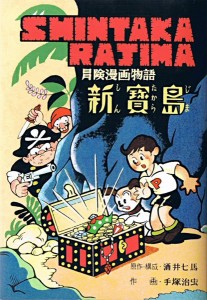 Tezuka would have been pleased, I think, to see how widely his stories are being read today, both in Japan and throughout Asia, the Americas, and Europe. In the United States alone, eighteen of Tezuka’s manga have been adapted for English-speaking audiences, Astro Boy, Black Jack (1973-83), and Phoenix (1956-89) among them.

Through these translations, I’ve developed a complicated relationship with Tezuka’s work. I love his art: his fluid layouts, his brilliant caricatures, his tripped-out dream sequences, and Freudian sex scenes. I also love his ambition: many of his stories — especially from the later stages of his career — have the sweep and social conscience of a Tolstoy novel, but the lurid, trashy soul of a Brian DePalma thriller.

Whenever I read one of Tezuka’s books, however, I’m reminded of the social, cultural, and temporal distance between his world and mine, even when I’m engrossed in the story and invested in the characters. Reading Swallowing the Earth (1968), for example, I was confronted by images that upset me. As a feminist, I winced at Tezuka’s depiction of Polynesian women as Hottentot Venuses, libidinous monsters with enormous lips and grotesquely rounded bodies. As an American, I struggled through Earth‘s racial warfare subplot with a mixture of dismay and horror: how could someone as fundamentally humane as Tezuka unwittingly tap into white supremacist fantasy when dramatizing the injustice of segregation?

Even when it infuriates me — as passages in Apollo’s Song (1970), Ayako (1972-73), and The Book of Human Insects (1970) have done — I’m still irresistibly drawn to his work. I admire Tezuka’s willingness to wrestle with the dark side of human nature, to create heroes and villains of genuine moral complexity. I also admire Tezuka’s playful side: his tendency to break the fourth wall, write himself into stories, bestow Dickensian names on his characters, and draw elaborate crowd scenes that would have made Busby Berkeley green with envy. 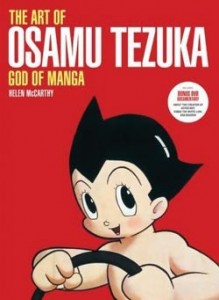 In the last ten years, there’s been an explosion of English-language articles and books aimed at readers like me, fans who recognize Tezuka’s important role in shaping the modern anime and manga industries, but want to learn more about his life, career, and artistic process. Helen McCarthy’s The Art of Osamu Tezuka: God of Manga (2009) is an excellent example of this trend; though she meticulously explains Tezuka’s star system and elucidates recurring themes in his work, she argues that Tezuka was “first and foremost a maker of popular entertainment,” and should be understood as such.

The complexity and size of Tezuka’s oeuvre has inspired American scholars to write about him as well. Flip through a volume of Mechademia, or browse the Asian Studies aisle at your local bookstore, and you’ll find scholars writing about Tezuka’s artistic legacy from a variety of perspectives. Some of these works — such as Natsu Onoda Power’s God of Comics: Osamu Tezuka and the Creation of Post-WWII Manga (2009) — make a conscious effort to bridge the gap between Ivory Tower and fandom, while others are clearly intended for academic audiences.

The goal of this month’s Manga Movable Feast is to create a space where all of Tezuka’s admirers — fans, critics, and scholars — can interact, sharing their reactions to his work, assessing his artistic legacy, reviewing titles new and old, and engaging with the messier, more problematic aspects of his work. Anyone can contribute: all you need to do is send me a link to a Tezuka-themed essay, podcast, or review, and I’ll feature it in one of my daily round-ups. (Email or Twitter are the best way to submit links; Twitter submissions should be directed to @manga_critic.) Note that the feast runs from today (Sunday, February 19th) through Saturday, February 25th. For more information, please visit the Osamu Tezuka MMF archive.

This is an expanded version of an essay that appeared at The Manga Critic on 12/14/10.

15 thoughts on “An Introduction to Osamu Tezuka”