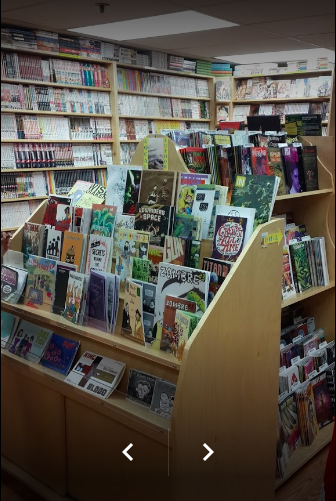 One of my favorite places to shop for manga is Comicopia, a small but well-stocked comic shop in the heart of Boston’s Kenmore Square. I’ve been a loyal customer since 2008, the year I relocated from New York City to my hometown. As I noted back in 2009, Comicopia is a manga lover’s comic store:

Highbrow, lowbrow… and everything in between. That’s the slogan of Comicopia, a Mecca (mecha?) for Beantown manga lovers. For twenty years, this modest Kenmore Square storefront has been catering to discerning comic fans of all persuasions, stocking everything from Introducing Derrida to Mr. Arashi’s Amazing Freak Show, as well as crowd-pleasers like Peanuts, Bone, Y: The Last Man, Justice Society of America, and, of course, Bleach, Naruto and Fruits Basket. Comicopia’s low-key, friendly vibe is more bookstore than comic store, making it a great place for former Barnes & Noble junkies to ween themselves off the chain store habit.

Owner Matt Lehman claims to have “New England’s largest selection of manga,” a claim substantiated by both the quantity and variety of titles on Comicopia’s shelves. On my most recent visit, for example, I found all nineteen volumes of Full Metal Alchemist alongside full runs of Dragon Head, Eden: It’s An Endless World, and Swan, as well as a generous assortment of older and more obscure titles: Junko Mizuno’s Cinderalla, Shirow Masamune’s Black Magic, Junjo Ito’s Museum of Terror, numerous volumes of Basara, and the first volume of The Monkey King. “We’re committed to carrying every manga in print,” Lehman explains. “We make an effort to stock the first two or three volumes of each new series as it comes out, and continue carrying what sells.” That commitment isn’t limited to seinen titles or certifiable hits; Comicopia has devoted entire walls to kid-friendly manga and yaoi as well. It’s the only place I’ve ever seen all eighteen volumes of Dr. Slump and all three volumes of Yakuza in Love in stock.

With the new stay-at-home advisory in place right now, however, Comicopia has been forced to close its doors to foot traffic. Manga lovers around the country can still show their support for this Boston mainstay by placing email orders for their favorite series. Right now, for example, Comicopia is offering special discounts for “binge” orders of four or more volumes of the same series:

Books are sent by Priority Mail; buyers are charged the exact shipping costs for their order, with no additional mark-up for handling. To place an order, just email info@comicopia.com. (You can find more information about the store here.) I don’t usually plug stores or vendors on my site, but I would hate to see Comicopia go out of business, as it’s a progressive, welcoming alternative to the stereotypical LCS—or Amazon, for that matter. And in case you’re worried they don’t have “your” manga, owner Matt Lehman sent me this picture of the store’s current inventory: 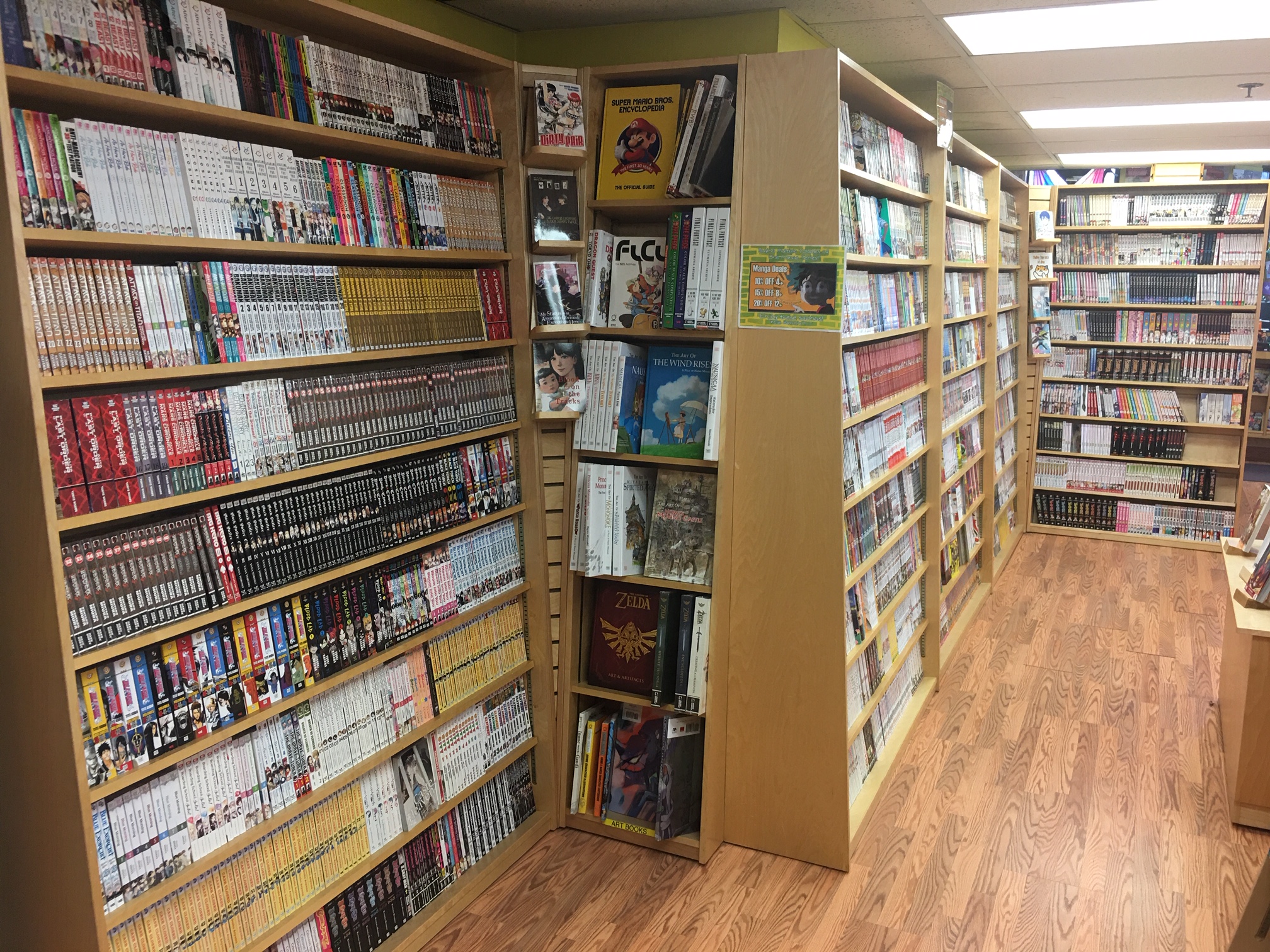 Note that there are EVEN MORE SHELVES of manga; this is just a small portion of Comicopia’s total inventory.

Oh, and one last thing: I just put my money where my mouth is and ordered the latest volumes of all the series I’m currently following, from Blank Canvas to The Way of the Househusband. Hope you will, too.