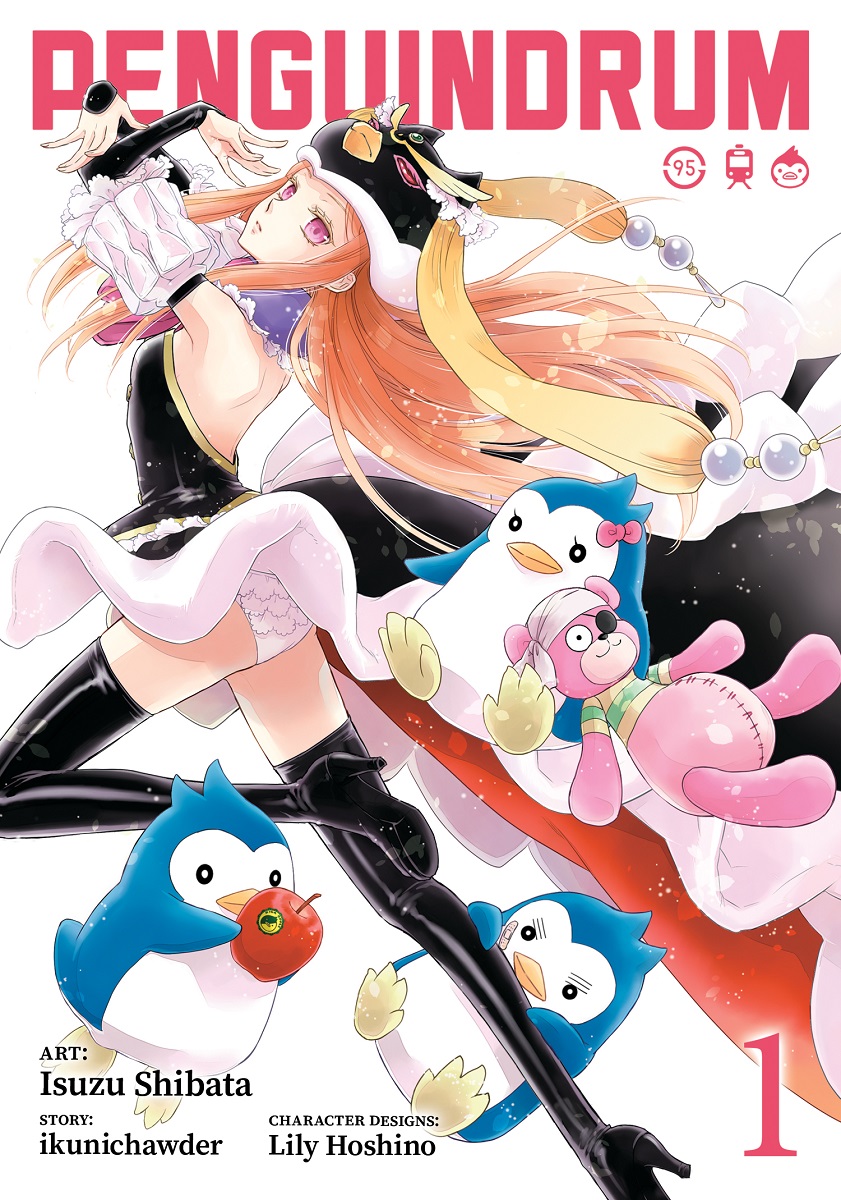 PENGUINDRUM is an odd duck (if you’ll pardon the expression): it wants to explore difficult emotional terrain with honesty, but chooses a convoluted plot device to achieve its catharsis. The story focuses on the three Takakura siblings, who band together after Himari, the youngest, is diagnosed with a terminal illness. When Himari dies during a trip to the local aquarium, a mysterious spirit brings her back to life, but with a price: her big brothers Konba and Shoma must find an object called the Penguindrum or risk losing their sister again. In short order, the brothers find themselves spying on a young woman named Ringo, who has some as-yet explained connection to the Penguindrum. Ringo, for her part, is mourning the death of her sister Momoka by treating Momoka’s diary as a detailed script for how she should live her own life, going so far as to stalk one of Momoka’s teachers in an effort to keep her sister’s memory alive.

And if these developments weren’t contrived enough, PENGUINDRUM steadily introduces new characters, all of whom harbor secret, important connections with the Takakuras that are meant to illustrate the idea that fate binds us all. You’d be forgiven for not soldiering past the third or fourth chapter, however, as no one behaves like an honest-to-goodness human being, making it hard to care about what happens to Himari, or how her fragile health has affected the people around her. Not even Lily Hoshino’s stylish character designs can make this turkey get off the ground. Not recommended.